Does anything beat playing board games with family and friends? I love grabbing a bottle of wine, lighting the fireplace and playing games until the wee hours of the morning. It is a ton of fun and builds memories that will last a lifetime.

One of my favorite genres is true cooperative board games. Everyone works together to beat the game. Instead of pitting yourself against your opponents, you all work as a team to achieve the same goals. But, there is a twist that will drastically change the dynamic of the game. It’s a game dynamic officially called the “uninformed majority.” Most people know it as the “traitor” or “saboteur” mechanism. No matter what you call it, these one vs. many games will add a bit of excitement to a fun night of gaming!

I highly recommend that you read the synopsis of each game, watch the corresponding video review and open up the linked rulebook.

I don’t know about you, but I have bought several games that looked really good, but turned out to be complete duds! Had I read the rules before I bought the game, I would have been able to identify at least a few of the bad ones and saved myself some money.

Of course, the best recommendation of all is to invite good friends and family over for a great night of board games, laughter and fun!

I don’t know about you, but I think the Battlestar Galactica series is one of the best on television. The idea that someone amongst you might be a Cylon keeps you suspicious of your friends. Are they really your friends or are they the enemy?

This board game plays on that same premise. At least one player in each game is secretly plotting against the others as a Cylon.

Play as one of your ten favorite characters and play off of their strengths in your quest to save humanity. You cannot win the game without playing as a team – and finding those who are plotting against you.

There are three expansion sets that are currently available:

You can also read the rules here.

What do you do if you don’t have three players or you aren’t too keen on playing as a semi-cooperative game? There are four variant rulesets that can be used.

You’ve got to love a game that can give you this much flexibility. The ones that trap you in one style of play might be fun, but not nearly as much as this!

Fury of Dracula Board Game

This board game takes place in Europe in the late 1800’s. The players work as a team to find and destroy the elusive King of the Vampires, Dracula. This is the classic one versus many game, but in this case everyone knows who is playing that character. Unlike Battlestar Galactica, there is no need to find out who is the bad guy – the goal here is to find out where he is.

Dracula visits various cities throughout Europe via roads or at sea. He is not able to use the trains. He will leave traps or sets up future encounters for the players. His goal is to create more vampires to take over Europe.

Just like in the mythos, Dracula is more powerful at night and the hunters have the advantage during the day. Make sure to plan accordingly – if you can!

The hunters win the game if, as a team, they reduce Dracula’s health to zero. Dracula wins if he can move his vampire track to six. He’ll do that by trying to create new vampires, surviving another day and destroying the hunters.

This game is complex! It is really not suitable for younger children. If the complexity doesn’t turn them off, the blood and gore might.

This game was released in the United States under the Milton Bradley label in 1983. Since then, it has spawned a sequel called “Mr. X” and has been republished under several different labels.

The game is the classic one vs many style, with one player serving as the diabolical Mr. X. The remaining players serve as the police force hunting down this criminal throughout the streets of London.

This is reminiscent of hide and go seek. Mr. X moves throughout the board while the police try to catch him. Every 3rd, 8th, 13th and 18th move, Mr. X must reveal his location. The police need to be stationed nearby otherwise Mr. X will disappear into the city again.

If the police land on the location where Mr. X is hiding, they win the game. If Mr. X eludes the police for 22 moves, he wins the game.

This is one of the best games for kids! Because of the cooperative dynamic, parents and older siblings can help the younger children serve in the role of a police officer. They all work together to find this dastardly criminal!

Of course, a traitor game just isn’t as fun with two people playing. If you aren’t the traitor, then most likely it’s the other player, right? Game designers addressed that concern in many of their game dynamics. There are several games out there where the game only has a chance of having an uninformed majority. That’s right! It is very possible that this round includes NO traitor and all the players really are working together (but you never know….)

The other alternative is to play with several friends. That’s when the game gets interesting. Will you know if one of your friends is carrying a secret?

Werewolves of Miller’s Hollow: The Village

This is an awesome party game! Pre-teen boys especially will enjoy it. There are three characters from the original Werewolves at Miller’s Hollow game plus an additional ten characters. Serve the role as a hunter, a nosy child, hunter, elder, a passionate lover, or the Werewolf!

This is the ultimate uninformed majority game. Players serve various roles as villagers (each having a special ability) but two players are secretly serving as werewolves, coming out at night to kill the villagers. The villagers team together to identify and kill those who they suspect of being the lycanthrope, but if they are wrong, they would have just killed their friend and neighbor.

This is a fabulous mind game filled with distrust and cunning – but the players must work together to stop the slaughter.

Will their willingness to kill innocent villagers uncover the true identity of the werewolf, or will their end up dead?

Betrayal at House on the Hill

This game takes a different twist than the others. All of the characters work together at the beginning, but at some point, the betrayer will be revealed and certain scenarios will be played out based on who it was and where they were.

Characters can discover new rooms, encounter monsters and build up their characters until the haunt scenario plays out. At that point, it is time to work towards your team’s goal and either succeed as the hero or the traitor.

Each room you discover may require you to do something special. Keep an eye out for the omens, items and required events.

Rules: Betrayal at House on the Hill Instructions

This is another one that isn’t a board game, but matches the characteristics of a traitor game, but not every round will have one. It is very possible to play the game and everyone was really on the team, working together. Will your paranoia get the best of you though?

You and your fellow dwarves must work together to tunnel through the dangerous mines looking for gold. Accidents will happen. You pickaxe may break, the lantern may go out and maybe the saboteur struck. Then again, maybe not…

The team’s goal is to recover the treasures in the deep recesses of the mountain. The saboteur is there to stop you. Who will succeed?

Are You the Traitor? By BryBelly

OK – This isn’t a board game per se, but it is an excellent example of the uninformed majority game dynamic.

Players are assigned a role at the beginning of the game. They might be a Guard, a Key-Holder, a Good or Evil Wizard or the Traitor. Beyond that, players are only given a bit of information about the others. For example, only the Wizards know which is Good and which is Evil. The Guards and the Traitor know who serves the role of Key Holder.

The players who win that round will collect a treasure card. The player to earn ten treasure points wins the game.

Each round a player will serve a different role. This game spawns a LOT of conversation, which is great for small gatherings of friends.

Rules: Are You the Traitor Instructions

This is a reversal of most of the other games. In this case, you play as a mafia team on the lookout for an FBI snitch. Can you and your team sway the jury to make sure the Godfather is declared innocent in his trial? Or will you fail and let your Godfather go to jail?

Each game phase includes a business, meeting, trial and reception turn. This is where the mature aspects of the game come in because the rackets include gambling, prostitution and drugs. These mature businesses really aren’t appropriate for the younger kids!

You can keep the cash and cheat the other players, but then you stand a chance of another player becoming the snitch when they choose the vendetta cards.

At the end of the sixth turn the verdict is shown and the player with the most respect wins. You can’t win without working with the other players (and maybe cheating a few) or secretly working against them as a snitch.

« Best Cooperative Board Games
23 Things to Buy at Trader Joes This Weekend! » 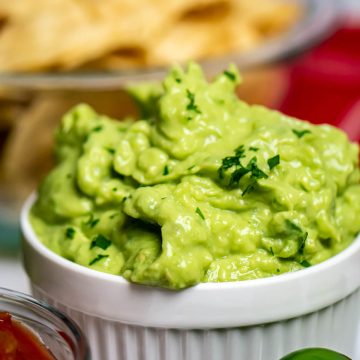 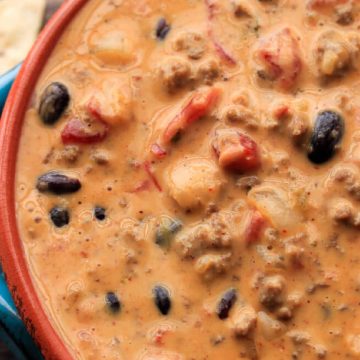 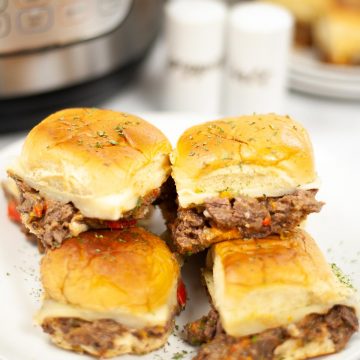 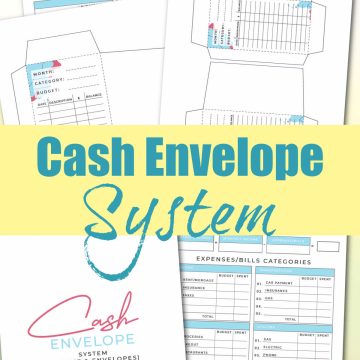 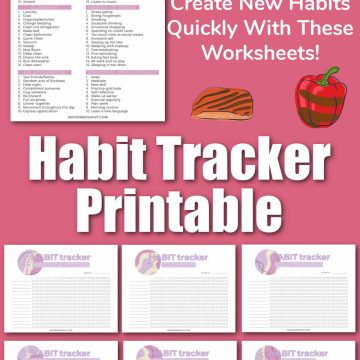 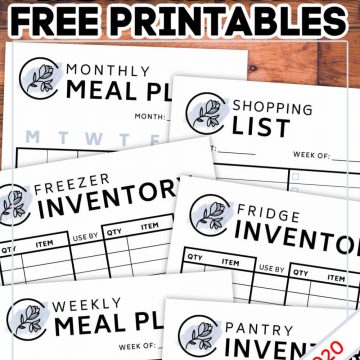 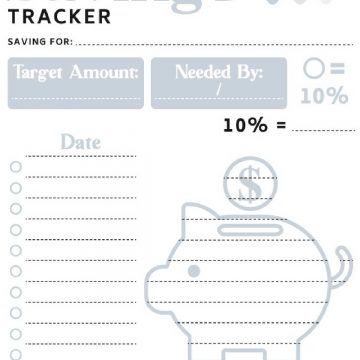 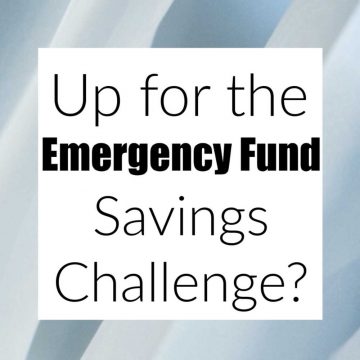