Here’s a funny thing about yesterday’s freezer cooking session – it was a complete disaster. I started making a pie around 6:30pm. Then I decided, “eh, what the heck… I’ll just do some freezer cooking for breakfast and snack items being that we have nothing like that in the freezer.” I should have waited. My gut told me to just wait until tomorrow but I am so stubborn that I had to do it NOW. I ended up finishing at 2:30am. Ouch.


To add insult to injury, I had barely any sleep the night before because my husband is working nights, and since I work from home, I’ve adapted myself to his schedule so we can spend the most amount of time together.  I’m a night owl by nature, but it’s still an adjustment even for me. I was pretty much falling asleep while flipping pancakes.

I ended up making an apple pie from scratch, complete with homemade pie crust and all. 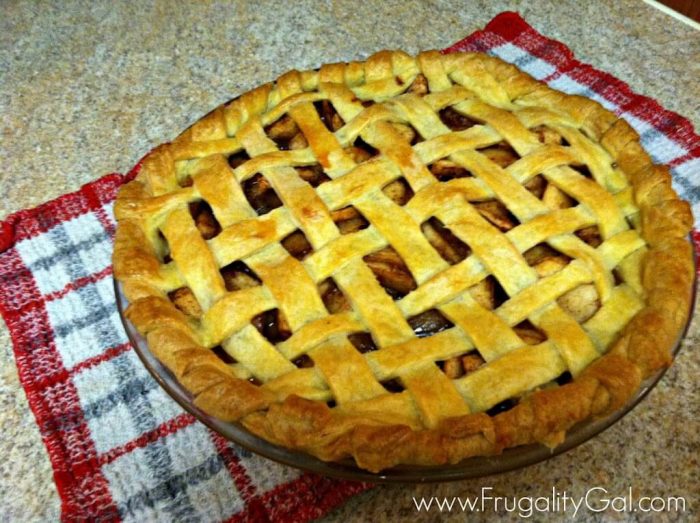 Then, I started kneading the bread, and set it aside to rise for two hours, being sure to punch it down and knead again at the one hour mark. The bread came out nice and golden brown – just the way I like it. I think I’m getting into my bread-making groove now because I was brave enough to add garlic salt to the top of the bread. 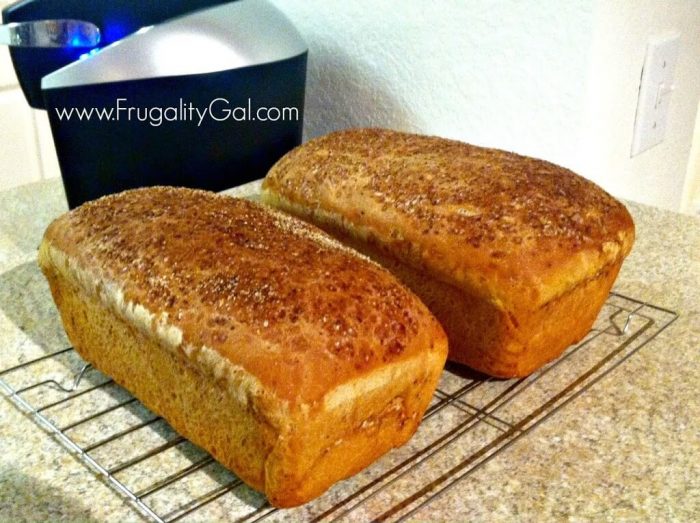 While that was going, I had some left over pie crust and decided to make my own ham and cheese hot pockets. My husband and I decided to call these empapockets because they’re like a hybrid between empanadas and hot pockets. These didn’t make it into the freezer.

The hubby came home from his “lunch” break at midnight and we ate them for dinner. Oh, we also each had a slice of pie with a scoop of vanilla ice cream, hence the big hole in the pie in the last picture in this blog post. 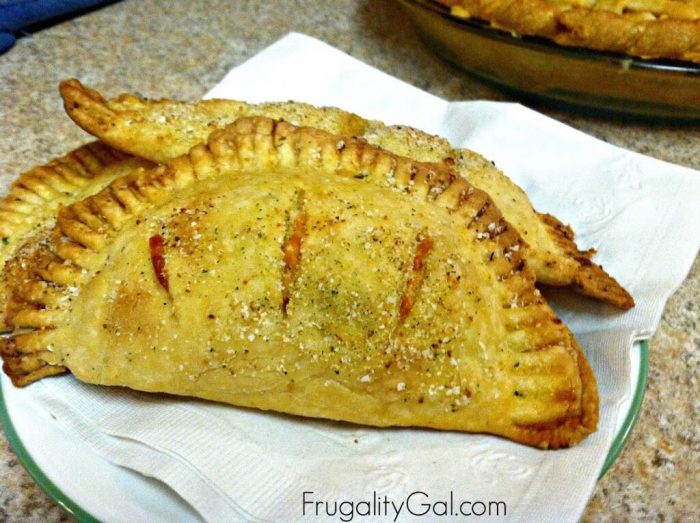 To make them, I just cut my leftover pie crust into small balls, rolled them out into circles and added some sliced ham and shredded cheese as the filling. I closed them and then crimped the edges down with a fork, cut slits in the top of the empapocket (Maybe we need a new name?) and sprinkled garlic salt on top to give it flavor. They were magical. I dipped mine in pizza sauce.

This should work out to be a super cheap recipe because I made five just with the overhang of the pie crust that I cut off from the edges.

Next up were the brownies. This was the only thing that wasn’t 100% from scratch and homemade. I just mixed up the boxed batter and added sprinkles. Because everything is better with sprinkles – obviously. 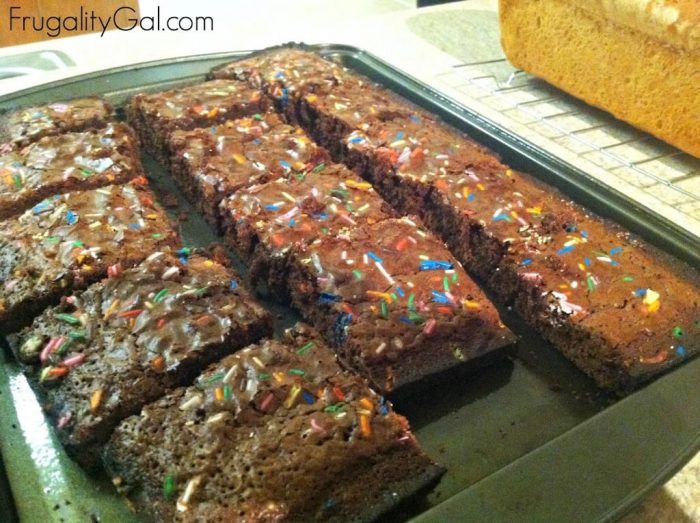 These bad boys went into the oven at the same time as the empapockets did. This is a picture of them cut into individual pieces after they’d been flash-frozen. A $1.50 box of brownies made 15 brownie pieces. Notice that there’s only 14. I decided to compensate myself for my efforts. I definitely recommend sneaking a brownie after they’ve hung out in the freezer for an hour. The chewiness is out of this world.

Finally, the devil himself entered my kitchen and jumped into a skillet. I call him pancake. 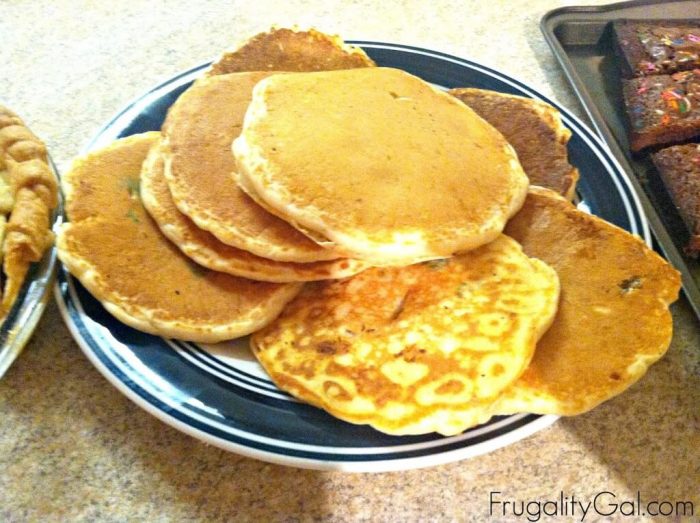 It took me 30 minutes to make just 8 pancakes. By the end of the 8th one, I decided to put the rest of the batter in the fridge (it’s still in there. I may or may not resume the pancake making tomorrow), lined up everything I made on the counter and snapped a pic for this blog post.

I was ambitious and decided to triple the recipe. There must’ve been about a gallon of pancake batter sitting in my bowl. It was nuts.

As I write this (2:54am), the only things that are bagged up for the freezer are one of the loaves of bread and the brownies. The pancakes are flash-freezing.

As for the apple pie, I’m keeping it out. I deserve it. I would have another slice now but it’s 3:00am and I still have the teensiest shred of dignity in me that’s screaming “don’t do it!” But tomorrow, it’s ON. 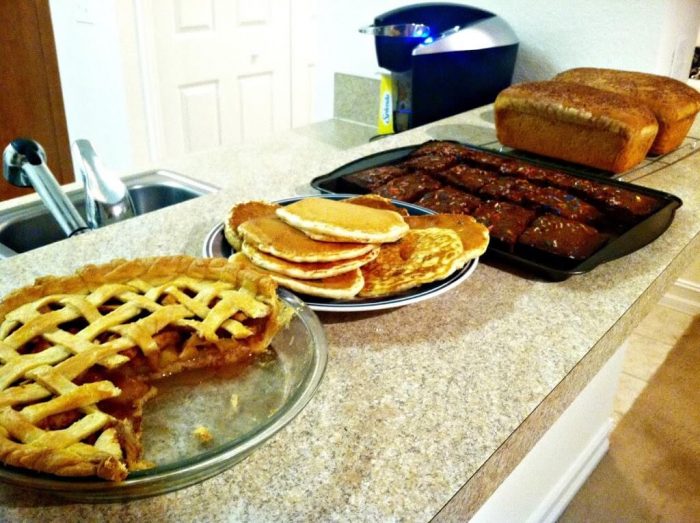 So yeah, the moral of this story is to make sure you have enough energy before you set out on a freezer cooking expedition. I’m not a freezer cooking newbie. I’ve done it tons of times. That’s probably why I felt so confident that I could tackle it in a decent amount of time. I guess it took getting my buttkicked by a few pancakes to knock me back into reality. 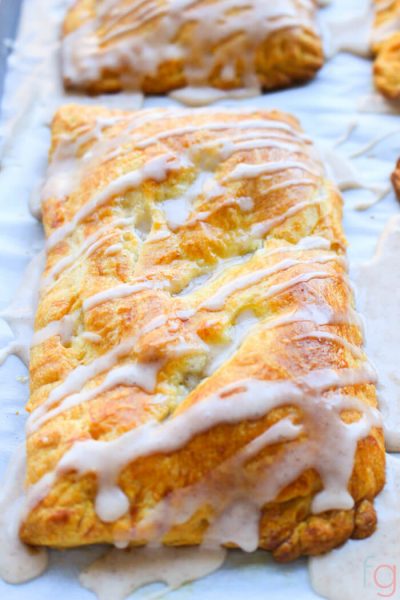 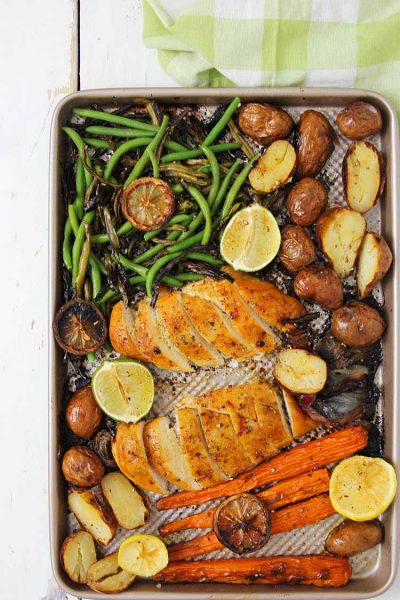 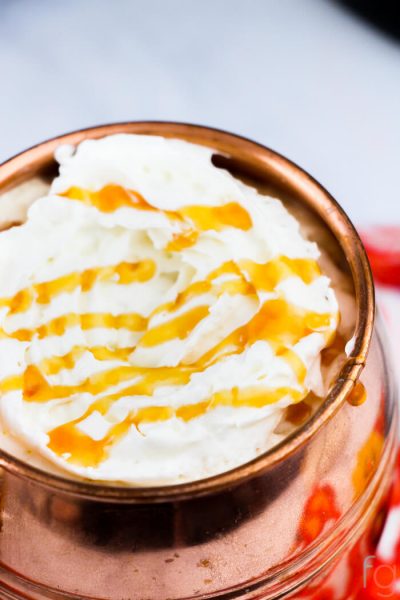 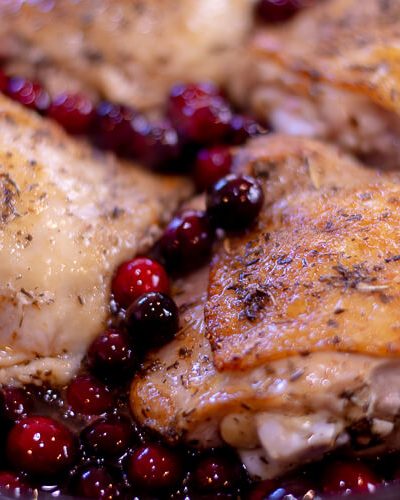 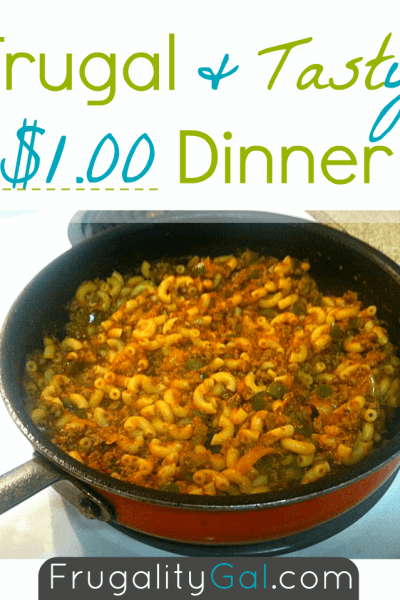