Almost everyone’s been in that situation before. You’re heating up pizza or cooking a frozen meal, then one question suddenly springs to mind, “Can you put cardboard in the oven?”

Contents hide
1 Can You Put Cardboard in the Oven?
2 Reasons You Shouldn’t
3 Alternatives to Cardboard
4 FAQ
5 Summary

Cardboard shouldn’t be put in the oven because it poses a safety and health risk that many people are unaware of. It’s made from flammable materials that can catch fire at high temperatures.

In this post, we’ll explore whether you can put cardboard in the oven as well as the reasons why you shouldn’t. We’ll also provide you with a few alternatives that you can put in the oven, so be sure to stick around!

Can You Put Cardboard in the Oven?

This question has a more complicated answer than a simple yes or no. The general consensus is that you should keep any type of cardboard away from the oven. Cardboard is made from a paper pulp material, which is combustible at high temperatures.

At this point, you may be wondering if you can put cardboard in even at low temperatures. While low heat oven reduces the likelihood of an accident, it doesn’t completely eliminate the possibility of fire.

You may read articles where some people claim that it’s safe to put cardboard in the oven, but it just isn’t worth the risk.

Here are some of the main reasons why you should never put cardboard in the oven.

While cardboard catching fire in an oven is unlikely, it’s not completely out of the question. In extreme temperatures, cardboard can catch fire. That can quickly lead to more serious problems.

Some people claim that the burning temperature of cardboard is 175° Fahrenheit, while others claim that it’s around 427° Fahrenheit.

The truth is that the burning temperature of cardboard varies depending on its thickness, chemical treatment, and coating. The age and model of your oven can also be a contributing factor.

Older ovens are built in such a way that their heating elements are exposed to the inside of the oven, increasing the risk of fire.

Newer ovens, on the other hand, cover the heating elements better and circulate the heat more effectively, reducing (but not eliminating) the likelihood of a fire.

Even so, we don’t recommend baking or heating cardboard in newer ovens any more than we do in older ovens.

What’s more, if you leave the plastic film that covers frozen pizzas on, it emits vapors and particles in the oven. These fumes create a toxic environment in the oven, rendering it useless and potentially dangerous to consume.

The risk just isn’t worth it

Putting cardboard in the oven isn’t only a potential safety and health hazard. It also affects the way the food is cooked.

Heating food on or surrounded by cardboard can make your food cook slower and unevenly. It can also prevent pizza bottoms from becoming golden and crisp. And, no one likes a soggy pizza!

Cooking or heating food in cardboard often results in a weird taste. As the cardboard heats up, it may smoke and emit fumes, leaving an unpleasant taste in your food.

So, even if the cardboard doesn’t catch fire, the eating experience can be unpleasant.

In addition, when heated, any plastic packaging creates an appalling smell that can alter the flavor of the food. The plastic can even melt and render your food inedible.

Therefore, unless the packaging materials are made to be baked, remove them along with the cardboard.

Nothing is more convenient than putting the food in the oven in the cardboard box it came in. Nevertheless, there are far safer alternatives that can eliminate the risk of a fire hazard while also producing better-tasting food.

Cookie sheets are the best cardboard box substitute. To begin with, they’re a kitchen staple, so you won’t have to go out of your way to get them.

In addition, cookie sheets heat up and evenly cook pizza, cookies, and even chicken nuggets. These flat metal pans can handle most foods.

Most cookie sheets will require greasing before adding any food to prevent sticking. On the other hand, a nonstick sheet is ideal because you won’t have to do anything other than put the food on top of it.

In case you’re often making pizza, you should consider investing in a pizza pan or a pizza stone. Both items have the ideal shape and material to reheat as well as cook pizzas.

The difference between a pizza pan and a pizza stone is that the latter is thicker and heavier. However, the pan is similar in size and material to a cookie sheet.

If you’re out of options and the food you’re baking has a solid structure, you can place it straight on top of an oven rack. This option allows the oven to crisp up the bottoms and quickly heat the food.

The main drawback with using the oven rack is that it can make a bit of a mess. For example, if you’re making pizza, the cheese and toppings may drip and create a mess you will need to clean up.

Can I Heat Up Food in Cardboard?
Can I Reheat McDonald’s in the Wrapper or Cardboard?

It is not recommended to reheat McDonald’s in either the wrapper or the cardboard. This has already been precooked, cooled down, and then cooked again at the restaurant. Cooking it again may lead to growth in bacteria. The wrapper and cardboard containers are not designed for reheating either.

All in all, the answer to the question, “Can you put cardboard in the oven?” isn’t whether you can, but rather whether you should.

Cardboard is a low-cost, lightweight, and often sturdy material used to package everything from cereal boxes to takeout to hazardous chemicals. However, it’s not made to withstand high temperatures, which can lead to a number of risky situations.

Keep in mind that just because it turned out fine for some people doesn’t mean that it’s safe or recommended to put cardboard in the oven. You shouldn’t put any kind of material in the oven that’s not specifically designed for it. 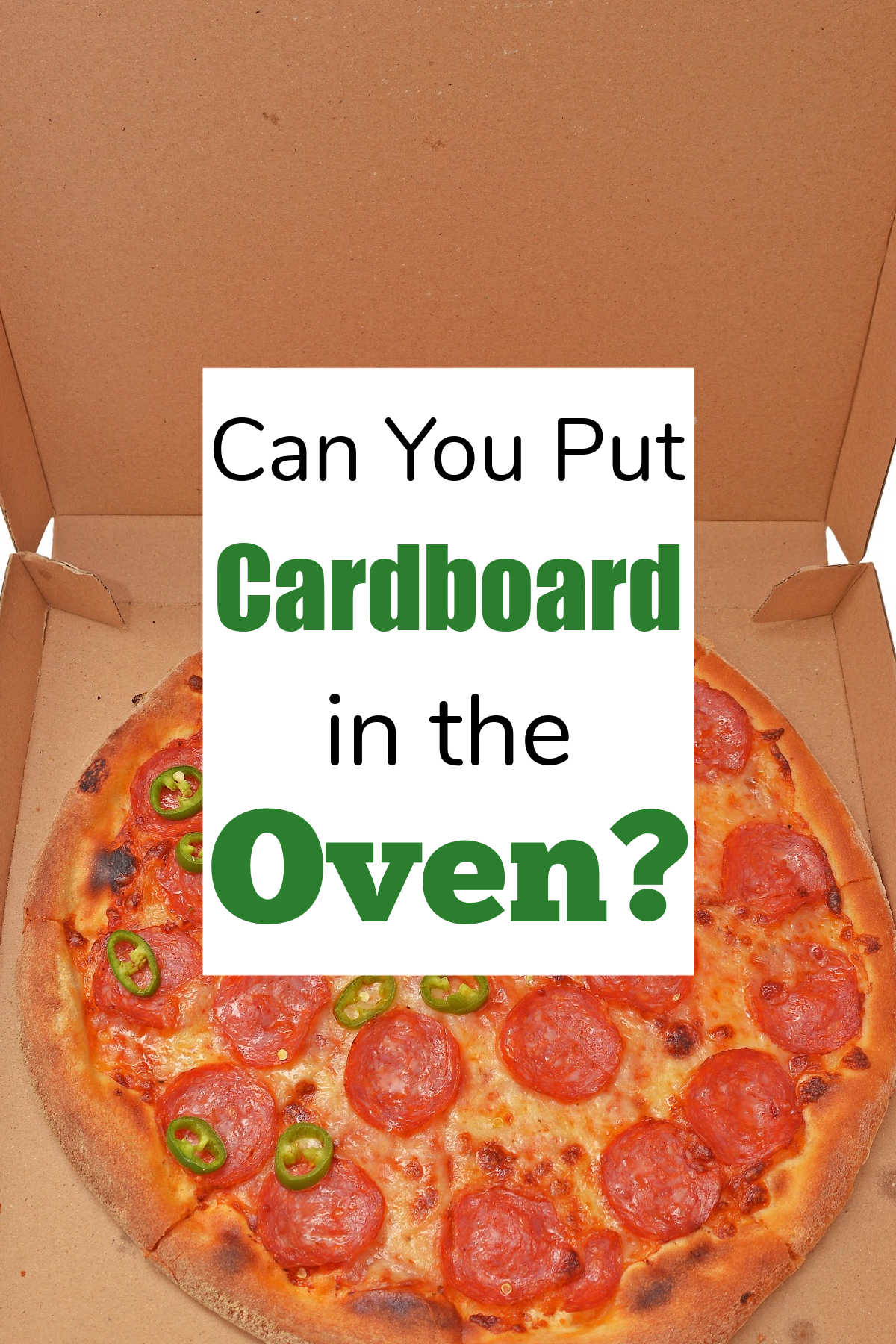 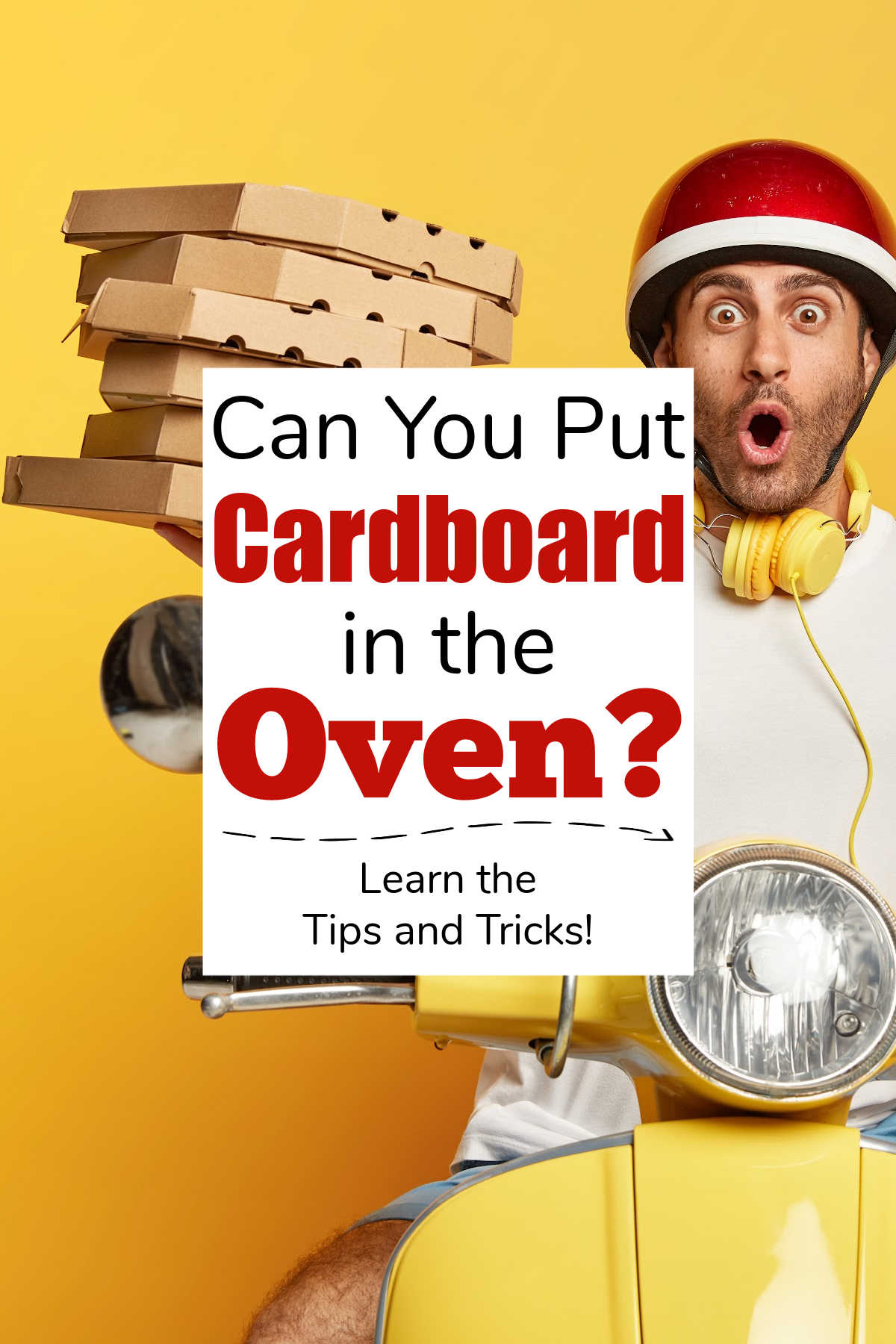 « Can You Put Foil in an Air Fryer?
Best Air Fryer Accessories »