Open up your spice cabinet to find the Best Oregano Substitutes when you are in a pinch creating your dream recipe and don’t have the time or opportunity to run to the grocery store.

With its versatile, subtly sweet flavor, oregano has become one of the world’s most commonly used herbs. It’s prominently featured an array of cuisine, especially Italian, Mexican, and Greek cooking. But what if you don’t have oregano to hand? What can you use as a substitute?

In the list below, we’ve listed some of the Best Oregano Substitutes you can use in a pinch, including measurements.

Here are the best swaps and where and how to use them.

Basil is a brilliant substitute for both fresh and dry oregano.

Like oregano, basil is often used in Italian cuisine to bring out as much flavor as possible. For this reason, it is the number one oregano substitute for Mediterranean-inspired recipes, like Italian pizza and pasta. It’s also great for sauces, soups, and meat dishes.

Note, that while basil and oregano have a similar flavor profile, the two taste nothing alike. They both add a unique—but pleasant—undertone to your dishes. Oregano is earthy and bold with a slightly bitter aftertaste. Basil is just as bold, but it’s a bit more pungent and peppery.

Use a 1:1 ratio when substituting. If you’re using fresh basil, add it halfway through the cooking process and remove it a couple of minutes before the dish is done.

When it comes to herb alternatives, parsley always saves the day. It has an extremely versatile flavor profile that goes with almost any dish; delicate and pleasant, peppery with an earthiness that’s reminiscent of oregano.

Fresh parsley has a stronger, more pronounced flavor than dried parsley, so if your dish calls for a lot of oregano, fresh parsley won’t let you down.

Add the leaves to your soups, stocks, meat, pizza, and pasta recipes to enhance the flavor to the next level. It’s also a great herb substitute for meatloaves, meatballs, and other ground beef recipes.

Use half the amount of fresh parsley in place of fresh oregano. If you’re using dried oregano, follow a 1:1 ratio.

Thyme is another great replacement, especially when it comes to tomato-based and vegetable-based recipes. It works fantastically with pasta, seafood, and pasta dishes like lasagna.

Thyme has a sharp, almost minty flavor to it, with faint floral tones that blend well with other herbs. It’s often described as the “toned-down version of rosemary.”

With thyme, the longer it cooks, the stronger its flavor. So to prevent it from overpowering your dish, add it at the end of the cooking process.

Dried thyme has a stronger, more pronounced taste than fresh thyme, so use it sparingly. Use half the amount of dried thyme you’d use in place of oregano.

Tarragon isn’t as popular or well-known as the other herb substitutes on this list, but if you love French cuisine, you’ve likely heard of it. It’s an essential addition to béarnaise sauce and works especially well with salads and fish-based recipes.

Tarragon, also known as estragon, has a pungent, bittersweet flavor that is often compared to anise, licorice, and fennel. The Russian variety is much stronger than the French variety but is less aromatic.

When substituting, there’s no fixed ratio. Add to taste, starting with half the quantity required in the recipe.

For recipes that heavily rely on the taste of oregano, marjoram is your best bet.

In terms of flavor profile, marjoram is the closest to oregano; so much so that it is often dubbed “wild marjoram.” The two herbs are often used interchangeably because they retain the original flavors of the dish.

That said, marjoram is much milder and floral than oregano. It sort of tastes like thyme, except sweeter and woodsy, with a warm and aromatic taste.

Marjoram is ideal for Mexican-style recipes, tomato-based dishes, and Mediterranean cuisine. Add it towards the end of the cooking time, as it loses its flavor the longer you cook it.

Since oregano is much bolder than marjoram, use three parts of marjoram for every two parts of oregano required in your dish.

Sage is another one of those herbs almost everyone has in their pantry. It perfectly complements fatty foods and Mediterranean dishes, as well as heavier dishes with rich ingredients.

Sage has a strong, bold taste, especially when fresh. It’s earthy and slightly peppery, with hints of eucalyptus, mint, and lemon. The fresh variant is more vibrant and less bitter than dried, so we recommend using fresh sage rather than dry if you have it.

When using sage, start with a minimum amount and go from there.

For dry sage, add it at the beginning of the cooking process because the flavor needs a bit of time to develop. The same can’t be said with fresh sage; fresh sage maintains its flavor from start to finish, so it’s best added at the end. Fresh leaves have a fuzzy texture that’s unpleasant to eat, so don’t forget to remove them when it’s time to serve.

As with most herbs, add the seasoning to taste. Start with half the amount required in oregano, and up the measurements until you reach the flavor you want.

Za’atar is a middle eastern spice blend made with a combination of dried oregano, marjoram, thyme, toasted sesame seeds, and sumac. It adds a nutty, rich, tangy taste to a dish, making it a fantastic addition to Middle Eastern recipes.

Za’atar is best used in bread recipes that call for oregano, like pizza and flatbread. It works well with meat dishes, too, mostly as a rub.

When substituting oregano with za’atar seasoning, start small. Za’atar adds an almost citrusy tang to a recipe, which may not be your intention. So, always add to taste.

Mexican oregano and Mediterranean oregano are two completely different herbs. Not only do they belong to two different families—verbena family and mint family respectively—but they also differ in taste.

Mexican and Mediterranean varieties share similar profiles, but the true oregano is slightly more peppery, sweet, and bitter. The Mexican version, on the other hand, is bold and bright, with floral, anise, and citrus notes; much like most herbs in the verbena family.

Unsurprisingly, Mexican oregano shows up a lot in Mexican recipes. It’s the key ingredient for meat dishes, as well as beans and chili, stews, tacos, and others.

The Mexican variety is more potent in flavor than true oregano. As such, use a 1:2 ratio when replacing. For every two teaspoons of true oregano, use only one teaspoon of Mexican oregano.

Dill comes in two forms: fresh and dry. Of the two, we recommend fresh dill as a great swap option.

Dried dill is much weaker in flavor compared to fresh dill, so it’ll take a couple of spoonfuls to match the flavor needed. But since too much dried dill can turn your food bitter, it’s best to use the fresh alternative.

Dill adds a fresh, grassy, and almost citrusy undertone to the dish. Its trademark blink-and-you’ll-miss-it sweetness works particularly well with garlic and mint, making it a common herb in Mediterranean cooking.

It pairs particularly well with light salads, egg dishes, fish-based recipes, vegetables, and anything that you want to add a burst of fresh spring flavor in.

Fresh dill doesn’t joke around with flavor. When using it, a little goes a long way. It’s one of those herbs that work best when added at the end of the cooking process to preserve its maximum flavor. Always add to taste when using dill.

If you want to add a bit of bittersweet flavor to your dish, fenugreek is your best choice. It’s sweet, and nutty, with a flavor reminiscent of burnt sugar and maple syrup. When eaten raw, it’s unpalatably bitter. But when cooked and combined with aromatics, it adds a wonderful depth of flavor and sweetness to dishes.

Fenugreek has a faint aftertaste that makes it a decent substitute if you don’t have the alternatives above. It’s a brilliant addition to vegetable dishes, curries, soups, and sauces.

When substituting fenugreek with oregano, use a 1:1 ratio. However, it’s wise to start small as it does taste different from oregano.

Oregano is a versatile herb that’s often used in Mediterranean-inspired recipes. If you don’t have it available, you can easily substitute it with basil, parsley, marjoram, and even dill! You can also substitute oregano with store-bought Italian seasoning.

Next time you are in a pinch in your pantry, check for replacements for your ingredients before running to the store. 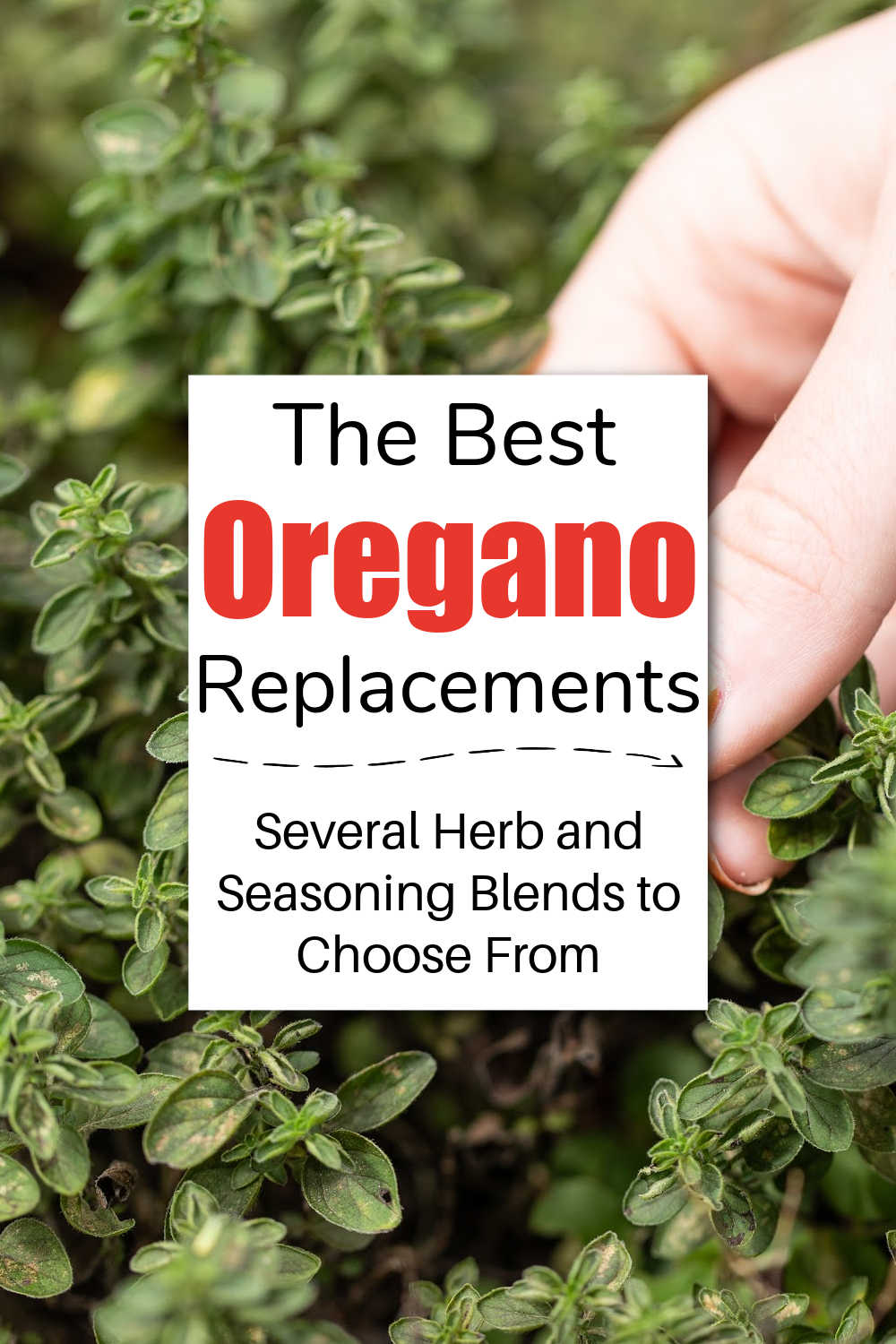 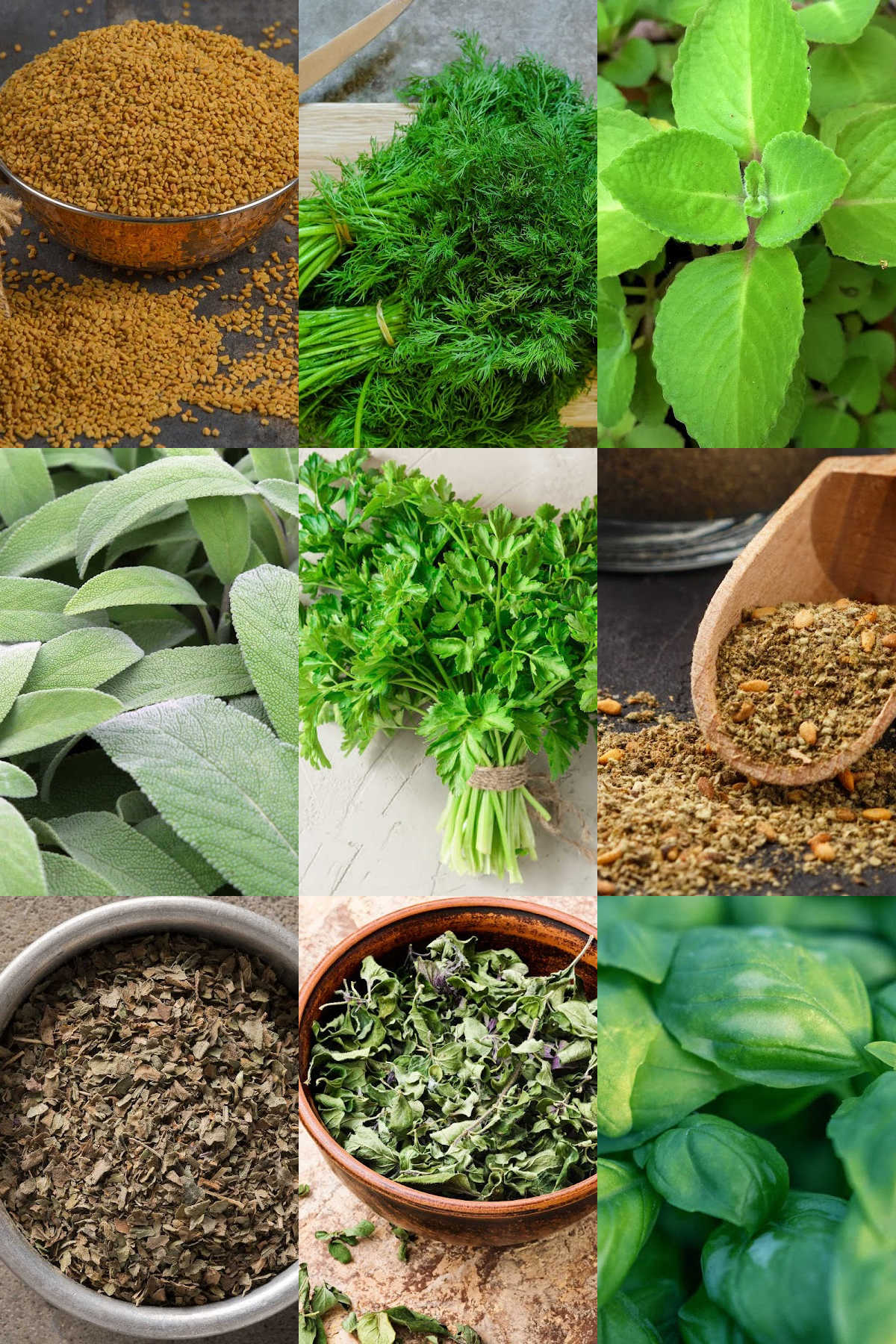 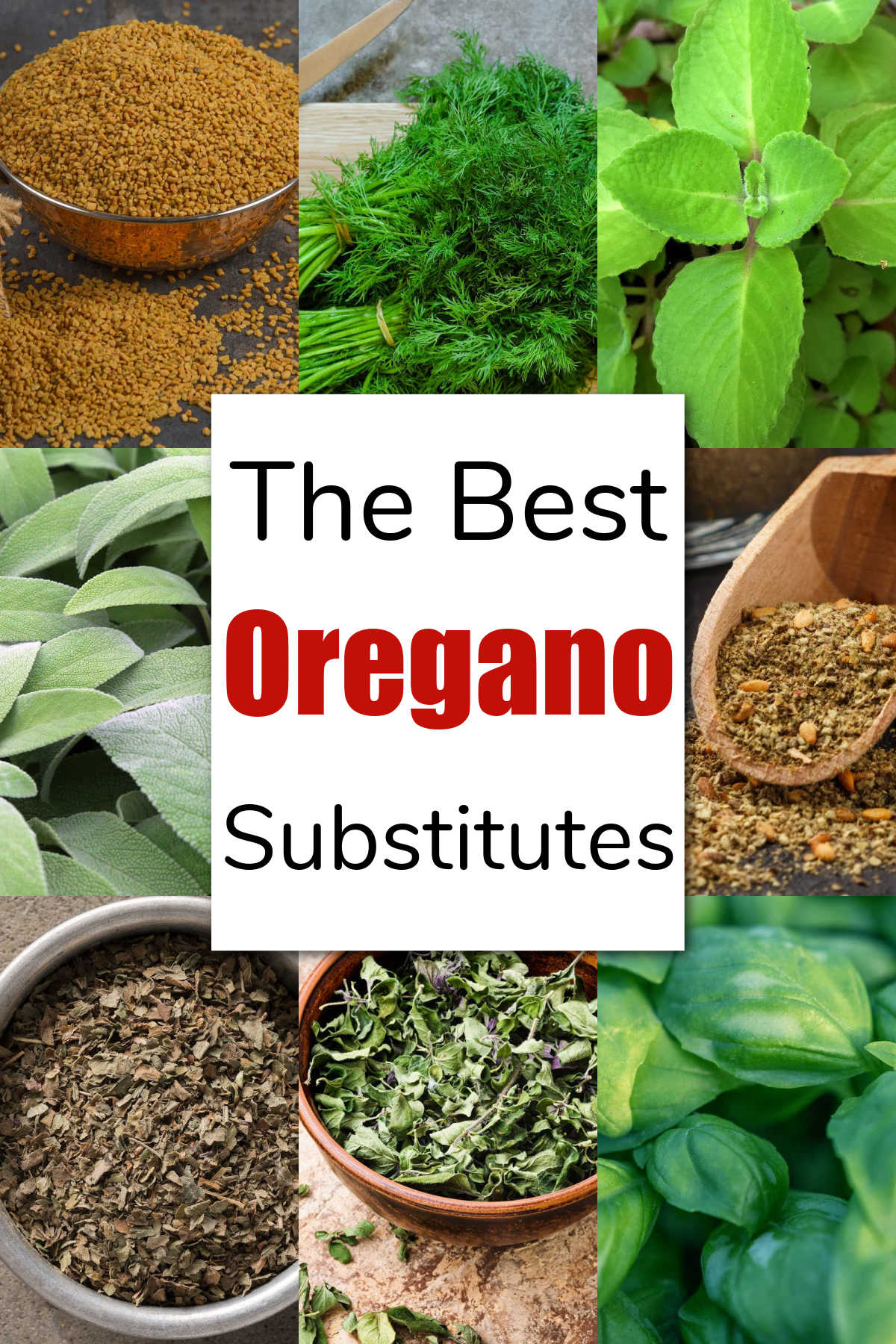