One of the most common questions I hear is Does Vinegar Freeze? While the answer to that is an easy ‘yes’, there are more complexities that need to be explored before you start freezing it.

Vinegar is a household staple that is used not only as a condiment but also as an organic cleaning solution. For that reason, you might want to buy a large bottle of vinegar and store it when you need it.

Since freezing is one of the most popular methods to store food items, you might be wondering, does vinegar freeze?

In today’s article, we’ll walk you through a brief guide with everything you need to know about vinegar freezing and whether you actually need to do that. So without further ado, let’s dive right in!

❓ Can You Freeze Vinegar?

The short answer to this question is yes. You can actually freeze vinegar, regardless of its type. Since vinegar is basically a diluted form of acetic acid (6% to 10%), it has a relatively high freezing point, since that makes it 90% to 94% water.

Ideally, the freezing point of store-bought vinegar with such concentration should be around 28° F or -2.2° C, which is slightly lower than pure water standing at 32° F or 0° C.

However, just because you can freeze vinegar, doesn’t mean you actually have to do it, and in the following section, we’re going to explain the reasons.

Although vinegar is usually used to refer to “white vinegar”, there are other types of vinegar on the market. In this section, we’ll take a look at those types and their freezing points:

This type of vinegar is made from fermenting the sugars found in apples. In this method, the apples are chopped and covered with water at room temperature, which converts these sugars into ethyl alcohol.

This alcohol is then converted into acetic acid by the action of bacterial enzymes. It has a similar freezing point at around 28 degrees F.

Balsamic vinegar is made by fermenting the juice of grapes after boiling the juice down to a concentration of about 30%. This mixture turns to alcohol and then vinegar. The vinegar is then left in large barrels for slow aging that can take years, and it has almost the same freezing point as white vinegar.

Rice vinegar is made almost the same way as apple cider vinegar. The starch in the rice is left to ferment into ethyl alcohol and then converted to acetic acid by bacteria, so it also has the same freezing point.

As you can see, almost all different types of vinegar are made from acetic acid and water. The difference in flavor and color comes from an extremely small percentage of additives that vary according to the type, but they’re too small to affect the freezing temperature.

As previously established, the fact that vinegar can freeze at 28° F doesn’t necessarily mean that you have to do it.

In fact, there are various reasons why freezing vinegar isn’t typically considered a good idea. In this section, we’ll take a quick look at those reasons:

Lasts for a Very Long Time in Room Temperature

The first aspect that you might want to keep in mind before freezing vinegar is whether it’s even worth it. After all, there’s a good reason why we all leave the vinegar in the pantry even after opening it, unlike most other condiments.

The reason here is that vinegar on its own will last for a very long time after opening it and leaving it at room temperature.

Although most vinegar bottles will have a use-by or expiration date on it (around five years), it’s only a legal requirement.

The exact shelf life of vinegar is highly debated. Some say that it can last for decades while others say that vinegar has an “almost indefinite” shelf life.

In other words, it’s safe to say that the actual shelf life of vinegar can be much, much longer than the one written on its package.

It Takes Up Unnecessary Space in the Freeze

If your freezer is anything like mine, it is filled with food and finding additional space for vinegar is tough.

Given that we use vinegar in almost all of our food, it is never worth the trouble in my house.

Also, I left the bag unzipped one time on accident and the freezer smells like vinegar for quite a while.

When vinegar freezes, you run the risk of diluting its acidity over time. While it may not be a noticeable amount, if you are using white vinegar for cleaning, you may find that it won’t work quite as well as the vinegar fresh from the bottle.

Please note that you should not just throw a bottle of vinegar in the freezer as it is not freezer safe, and it will expand as it freezes and may break. It should be transferred to a freezer-safe container with an inch or two of space to allow for expansion.

Note: The one exception to this is that I will sometimes freeze an ice cube tray filled with white vinegar as the pre-measured frozen blocks are perfect for making homemade, natural cleaners.

The concentration of water to acetic acid isn’t the only change that can happen when vinegar is frozen.

While white vinegar is typically unaffected by freezing and defrosting, it may impact the flavors in apple cider or balsamic vinegars.

This wraps it up for today’s complete guide that walks you through everything you need to know about freezing vinegar, how to do it properly, and whether it’s the ideal storage method.

White vinegar can last at room temperature for anywhere from one to three years once it’s opened and up to five years when properly sealed, with many claims suggesting that the rules of food expiration don’t even apply to vinegar if it’s stored in a sealed container at room temperature.

However, you should keep in mind that freezing specific types of vinegar may damage the chemical structures, such as balsamic vinegar or apple cider. For that reason, keeping them at room temperature is your best bet. 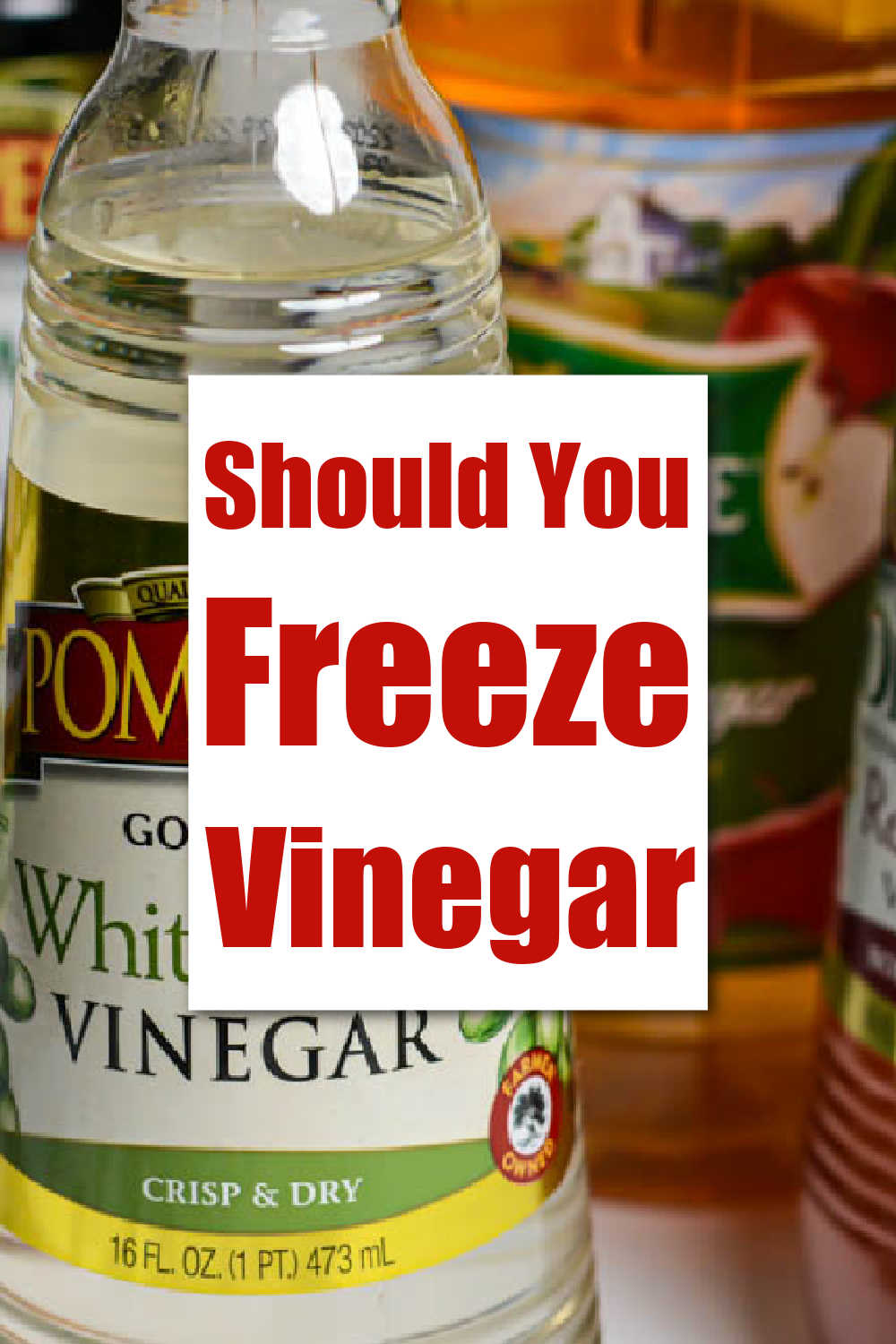 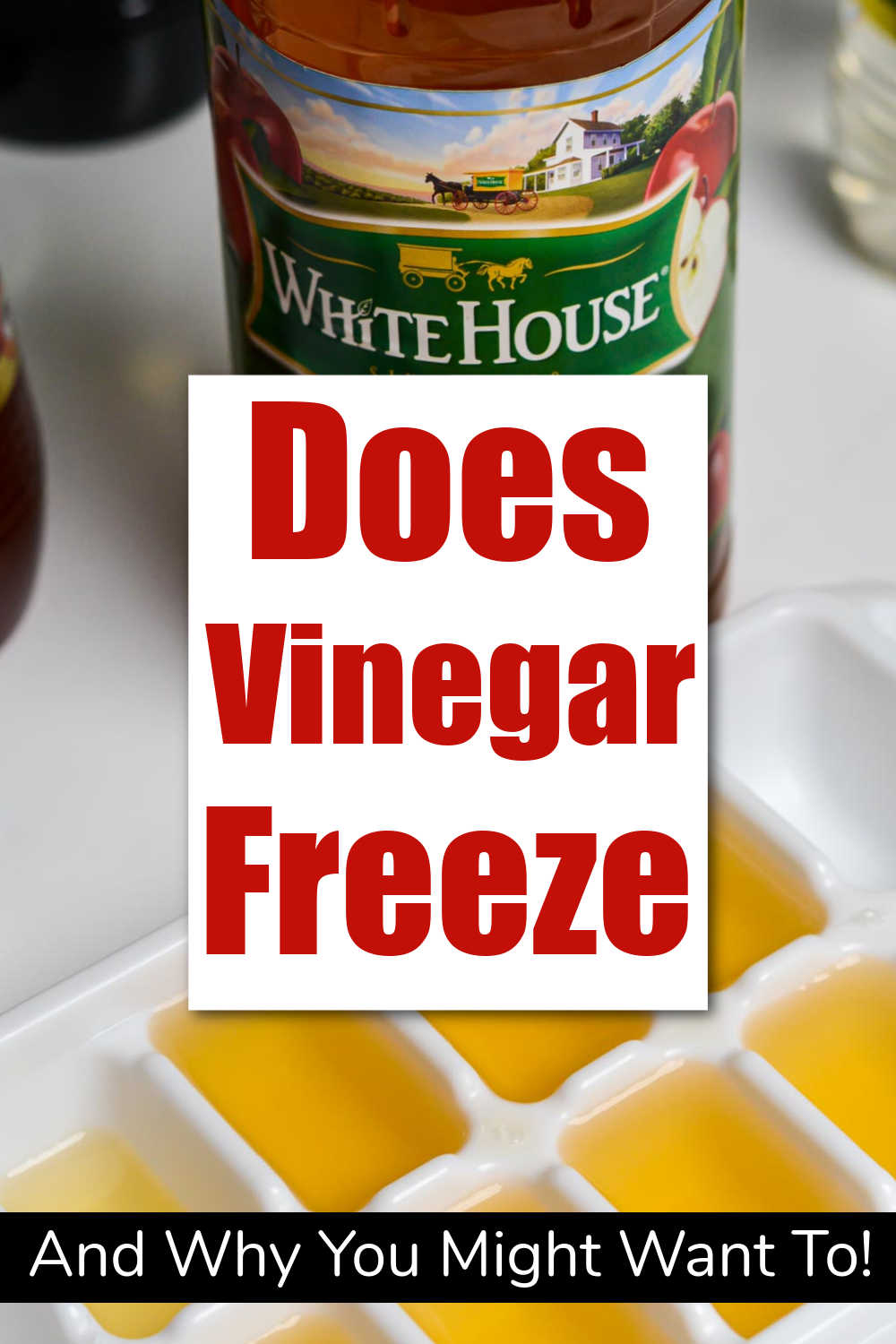 « What Goes With Grilled Cheese?
Can You Freeze Cottage Cheese? » 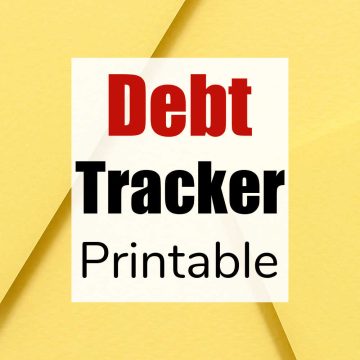