I’m a pretty new vegetarian and my husband eats meat, so figuring out our meals has been interesting at times. Meal prepping this way, where each part of the meal is kept separate, has been really convenient for us. We can both eat the same basic meal and each add the things we like, and skip the things we don’t. Keeps things simple and doesn’t take a ton of extra time, which is always a good thing! So I decided to prep burrito bowls for the rest of this week’s lunches. I didn’t originally plan on doing a post on this, so there are no measurements and only one in-process shot since I grabbed my camera right before I popped the potatoes into the oven. You should still be able to get the gist of it though! So first up, the potatoes… I sliced some red potatoes and sweet potatoes in half. I also had an extra sweet potato left, so I just peeled that one and diced it up to bake in a separate pan. Now for the kale, which I won’t even tell you how I made, because I totally screwed it up. I accidentally made kale chips because I wasn’t paying close enough attention. I do like kale chips, but they’re kind of weird on burrito bowls, so they only made it onto one or two bowls. Still pretty good on their own though! After about an hour, everything was done and we had this… Well this was everything the next morning because the sun was no longer out by the time I finished. By the way, I chose to make sweet potato halves instead of chopping them all up so I could have some flexibility with also using them for other meals. When I added these to my burrito bowls, I cubed them while they were still in the skin and scooped the insides into my bowl. They’re super tender so it only takes a few seconds.

This is what a “fully assembled” burrito bowl looks like. I still had some homemade tzatziki sauce in the fridge, and it went SO WELL with the burrito bowls! My husband’s burrito bowls looked very similar to mine, except no avocado and he added some shredded cheese and pre-cooked chicken to his before taking it to work in the morning.

You can add ANYTHING you want into these! I do wish I had added a little more variety into ours and made them more Chipotle-esque, but I was working with what I had in the kitchen at the time. Next time they’ll be a bit more exciting!

Need more make ahead meal ideas? Once a Month Meals has lots of ready-to-go freezer menu plans (Vegetarian, Gluten Free, Paleo, Instant Pot and more) and lets you customize your own menu plan. 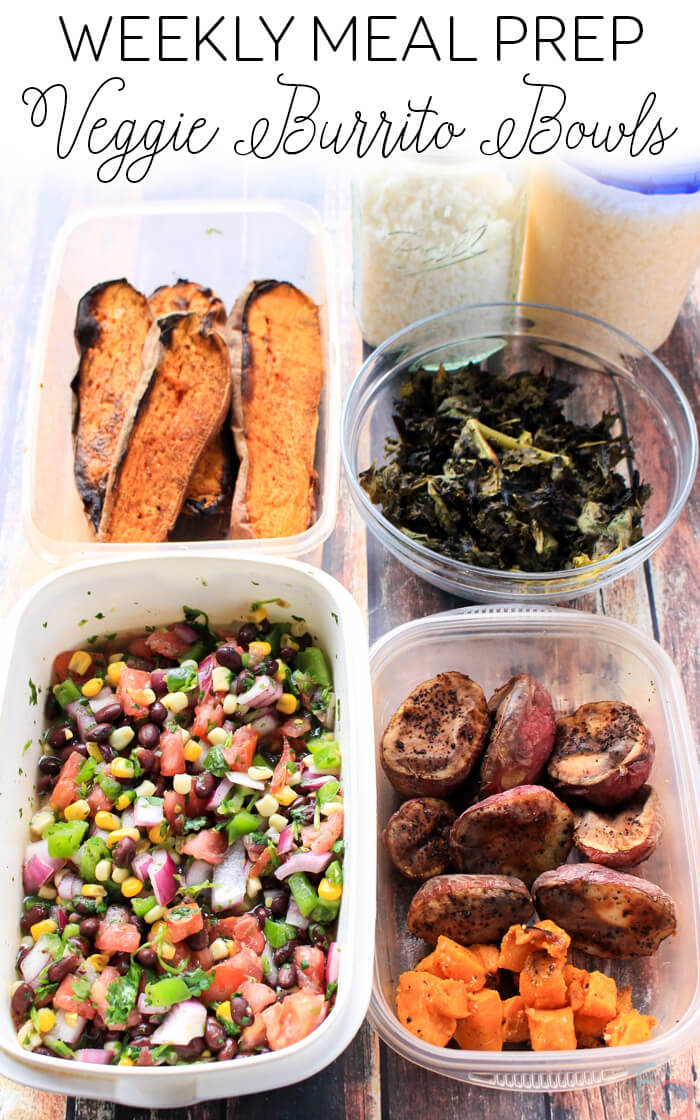 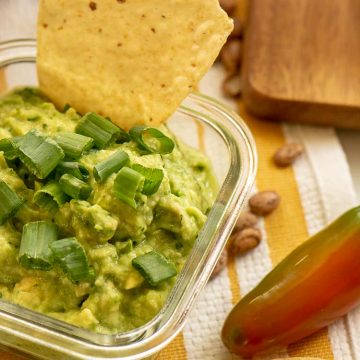 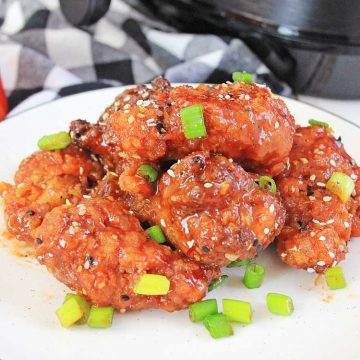 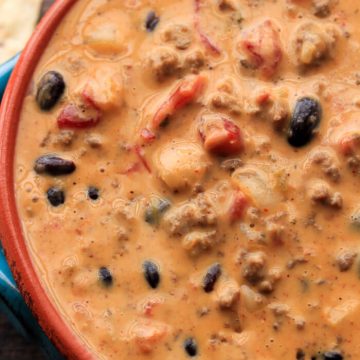 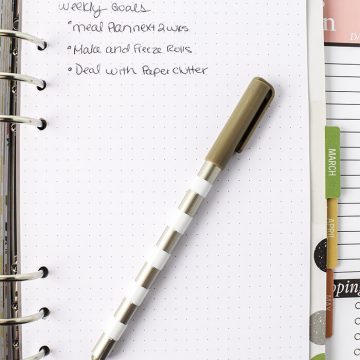 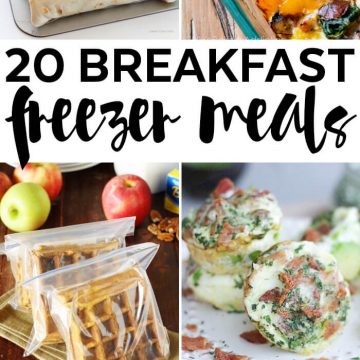 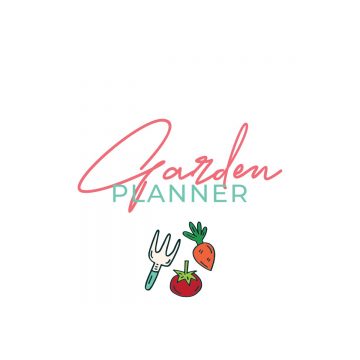 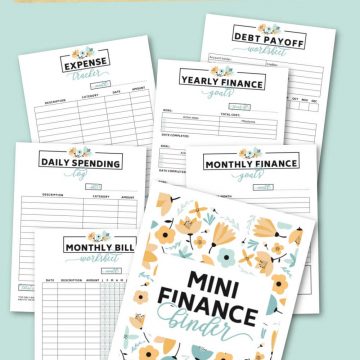 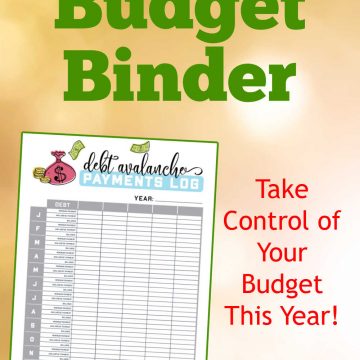 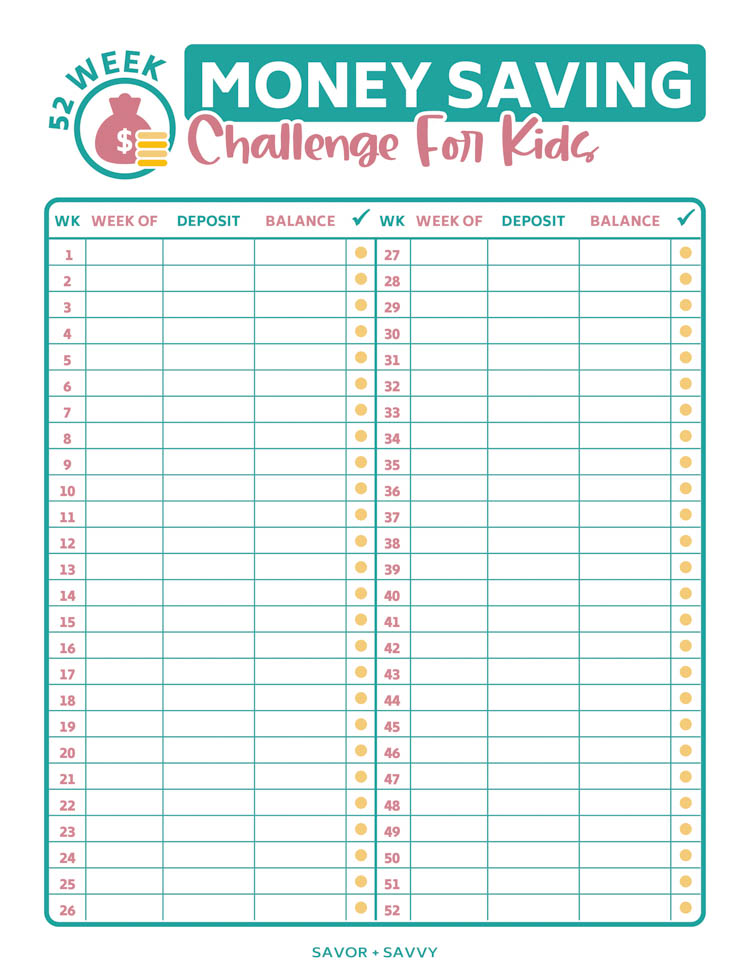 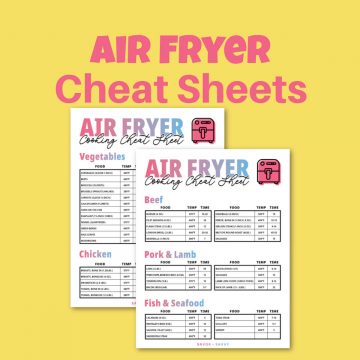