Using mild white pepper in recipes yields a more gentle peppery taste that is perfect for certain recipes. When you run out or haven’t tried using white pepper, reach for these White Pepper Substitutes as the best alternatives.

Contents hide
1 🧂 What Is White Pepper?
2 ️️*️⃣ Substitutes and Conversions
3 Top Alternatives and How to Use Them
4 Recipes with White Pepper
5 ❓ FAQ
6 Wrapping It Up

White pepper is a staple in many creamy soups and white-colored sauces recipes. The condiment is popular all over the world but is more commonly used in some cuisines, such as Chinese and French.

If you can’t get your hands on white pepper, don’t fret! In today’s article, we’ll provide you with a brief guide that walks you through some of the best white pepper substitute ideas out there. Let’s dive right in!

🧂 What Is White Pepper?

White pepper is obtained from the same pepper berries that produce black and green peppers. It is also known as “Piper nigrum”.

In other words, they both share the same active ingredients and hot volatile oils, such as piperine. These elements give black and white pepper their distinctive flavor and aroma.

However, while preparing white pepper, the pepper berries are left to soak in water for 7 to 10 days to ferment before removing its skin.

This process produces the unique and relatively mild flavor in addition to keeping the peppercorns white.

Let’s have a quick look at the summary of the substitutes mentioned in this guide and their conversion rate in relation to white pepper.

Top Alternatives and How to Use Them

In the following list, I’ve compiled several alternative options that you can consider.

Of course, different alternatives will work better in different recipes, as they have distinct flavor and aroma profiles.

Kicking off the list with one of the most popular alternatives for white pepper in terms of looks and flavor.

Since ginger powder blends well into light-colored recipes, you can substitute with ground ginger in white sauces.

Ginger also has a mild tang, similar to the one found in white pepper, making it a great substitute.

You can replace white pepper with this in most savory recipes, and it’s usually used in the same proportions, so you won’t have to worry about conversions!

Along with salt, black pepper is the most commonly used spice in every household around the world, and as previously mentioned, black pepper and white pepper come from the same plant but just have different processing to get it to its final form.

For that reason, you can easily use black pepper in tons of recipes. You should keep in mind that the specks of black pepper may show in the food, so it’s not recommended in white sauces. Of course, in our family, it really doesn’t matter!

Ground mustard is another alternative thanks to its slightly tangy and spicy, yet mild flavor when compared to pepper.

On its own, ground mustard has a remarkably different flavor profile, but it also has similar amounts of piperine, which makes it work in a wide range of recipes that call for white pepper, especially when the flavor is blended with other ingredients.

Some people use as much ground mustard as white pepper while others prefer to add just an extra dash of mustard for a spicier flavor.

Turmeric is a creative alternative to white pepper, but since it varies in terms of potency, it’s much easier to adjust than ground ginger.

Turmeric also comes with a lot of health benefits, making it a great alternative in soups and healthy recipes.

Ideally, you should start with the mild turmeric variant and use it in a 1:1 ratio and see where you want to take it from there.

If it wasn’t that pink peppercorns are noticeably rare in many areas around the world, it would’ve easily topped the list as the best white pepper substitute.

This is because pink peppercorns are extremely similar in terms of flavor and mildness, although it might have a slight dash of fruitiness and leaves some color in food, but nothing too brash that you need to adjust the conversion rate.

Paprika is a spice made from ripe red peppers. While it’s remarkably milder than spicy peppers, it’s slightly warmer than white pepper.

This makes it an excellent substitute if you’re trying to spice things up without going overboard with the hotness.

Keep in mind that the deep red color of paprika may render some reddish hues in your white sauces.

Cayenne pepper strikes the same chords as paprika, so you’ll approach the same.

Ground cayenne pepper isn’t only noticeably spicier than white and even black pepper, but it also has a deep red color similar to one found in paprika.

For that reason, you should always use it in very small amounts, as a tip of a teaspoon can be as much as a full teaspoon of white pepper.

If you want something that has more kick than white pepper but remains relatively mild, you might want to consider adding some of the flavored pepper mixes found in large chain stores.

Flavored pepper mix is usually available in small bags and contains a variety of seasonings, such as Cajun and lemon pepper.

Flavored pepper mix is a great addition to stir fries and saves some prep time, but you might need to test it out before using it may vary from one type to the other.

Another excellent alternative, green peppers are similar to white pepper in terms of mildness and flavor.

However, you should dry your peppers first in order to make them easy to crush into powder or even chop them into fine pieces.

Keep in mind that green peppers are typically pretty mild, so you might want to add 1.5 teaspoons for every teaspoon of white pepper added to the recipe.

There are several other options including ground cumin and even a homemade spice mix. I have used ground celery seed in a pinch as well.

Be creative and look for options that your family will love!

Whether you are organizing your pantry, creating a recipe binder or making an inventory of what you have, it’s great to have recipe ingredient replacements at your fingertips.

Egg Benedict – This recipe is one of the most popular recipes that call for white pepper instead of black pepper because it relies heavily on the less mild flavor of the white variety.

Crab Stuffed Flounder – This one is another great example of substituting black pepper with white pepper in order to get a milder flavor that doesn’t overshadow the mild taste of crab cake.

Black Bean Tofu – This stir-fry recipe is ideal for vegans. Although it takes a little longer than usual, it’s surprisingly easy to make!

Creamy Potato Soup – Another soup that requires mild condiments to match the general flavor of the recipe. Using white pepper in this recipe allows you to enjoy the delicate combination of herbs and spices.

White and black peppers are more of the same plant and they’re pretty close in terms of chemical composition but different in ratios and concentration of active ingredients. For that reason, both white and black pepper are considered similar when it comes to health.

However, since white pepper is more mild than black pepper, it’s a great substitute for those who may suffer from heartburn. White pepper also has various health benefits, such as:

What is the Best Way to Store White Pepper?

Since white and black pepper both come from the same pepper plant, they tend to share a lot of similarities when it comes to best storage practices and how to keep them fresh for as long as possible, although white pepper goes stale more quickly.

The best way to do this is by keeping your white pepper in an airtight container, stored in a cool, dry place away from sunlight.

Ideally, it will retain its best qualities for as long as three to four years. However, the fresher it is, the more flavorful it will be.

As previously mentioned, white pepper also comes in the form of peppercorns, so you can keep it in this form and grind it on spot for the freshest.

There you have it! A complete guide that walks you through my favorite white pepper substitute ideas as well as top recipes for the condiment!

As you can see, there’s no shortage when it comes to alternatives.

However, if you don’t mind the color, you can always go with ground mustard, black pepper, or peppercorns, but remember to adjust the dose accordingly, especially with black pepper. 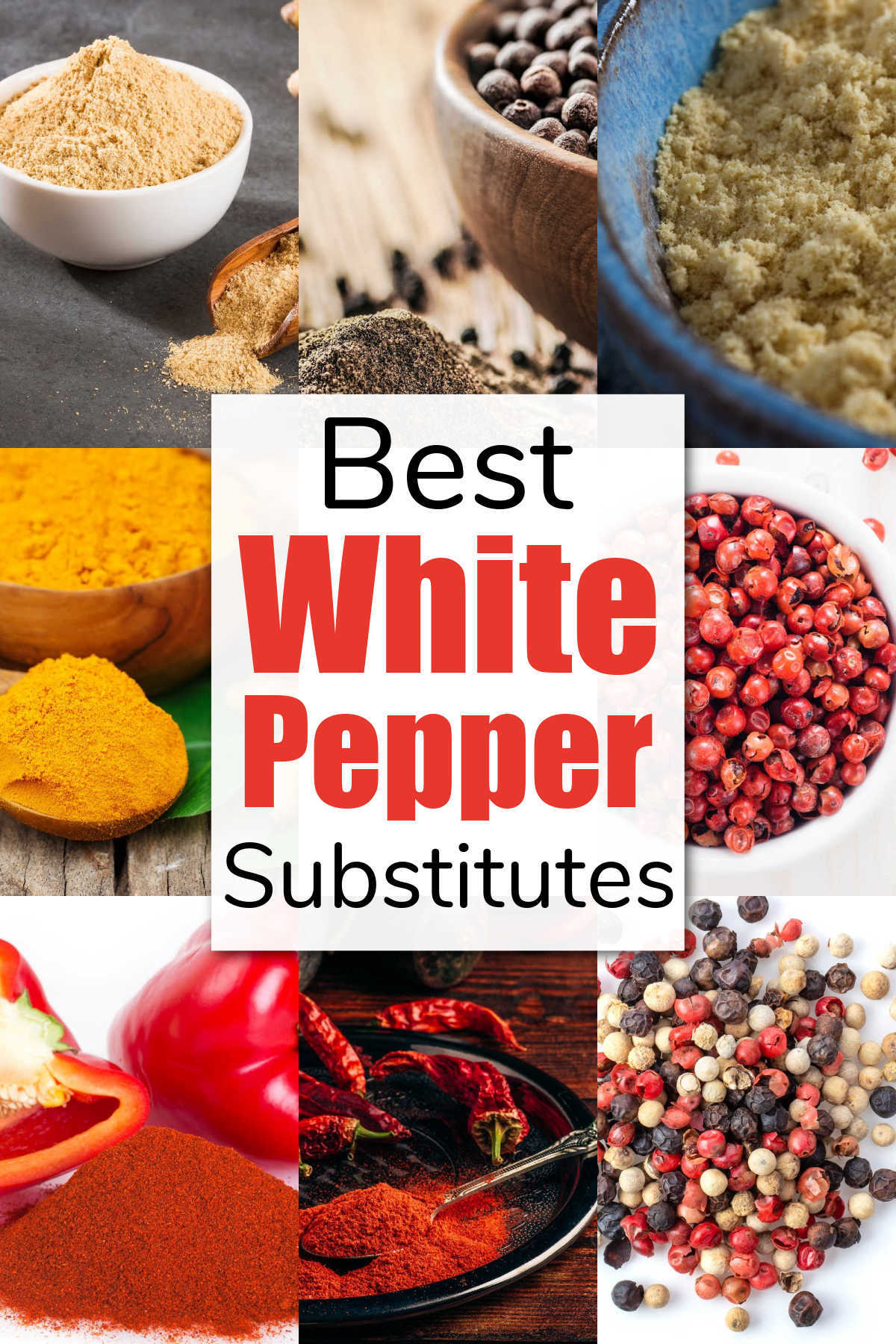 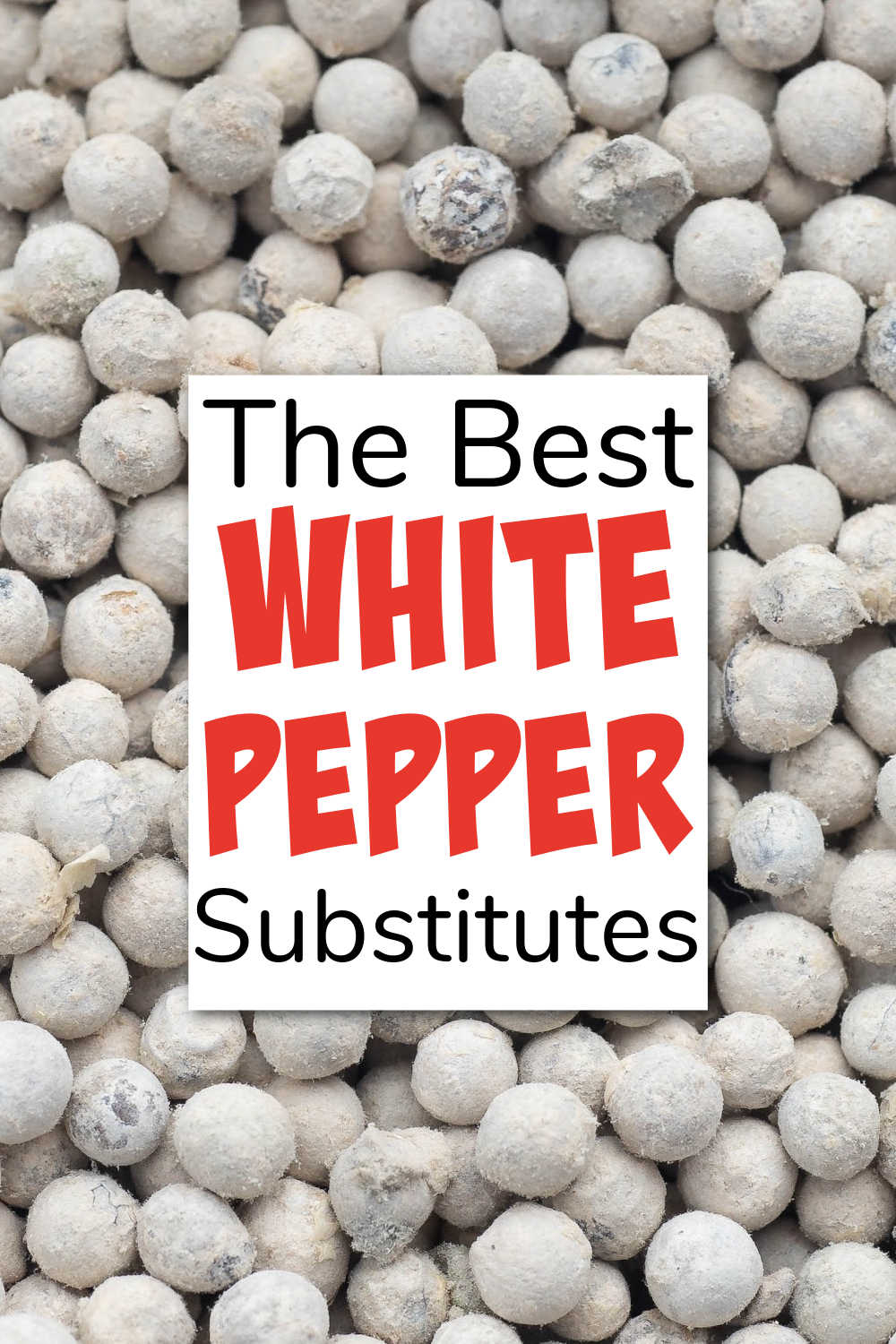 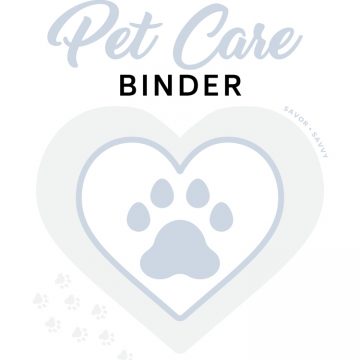 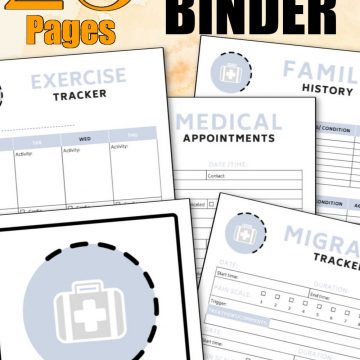