Currants are in short supply in many places, so they can be difficult to find if your recipe calls for them. Luckily, there are many Currant Substitutes that you can use. Here are the best ones we have found.

Currants are a kind of berry that come in three vivid colors: bright ruby red, dark purple/black, and an almost translucent white. These colorful berries can be eaten fresh or dried.

These work well in a wide range of savory and sweet recipes.

They’re commonly used in jellies, jams, sauces, and stews. You can also use them in savory fillings and sweet baked goods.

Fresh currants are members of the Ribes genus of berry plants, which include red currant, black currant, and white currant. These species have a sweet and slightly sour flavor.

The white ones are the sweetest of the three species, with floral undertones. The black variety falls right in the middle with a balanced sweetness and sourness.

Red currants are the most commonly found and are quite tangy with a subtle sweetness reminiscent of sugar-coated cranberries.

Contrary to popular belief, dried currants aren’t currents at all. Known as Zante currants or Corinth raisins, dried currants come from different types of vine-grown grapes, which makes them more similar to raisins.

Dried currants are packed with an intensely sweet, tangy, and grape-like flavor profile.

While you can substitute fresh for dried currants in some recipes, you may need to find a completely different alternative in other recipes.

In a Hurry? Here is our Currant Substitutes Snapshot

Whether fresh or dried, currants have distinct sweet, sour, and tangy flavor profiles. Luckily, several ingredients can mimic currants while adding their own unique twists to the dish.

Choose the substitute that most closely resembles the flavors, textures, and size that currants provide for your recipe.

Because raisins are a close relative to dried currants, many varieties can be used in for a wide array of dishes. Their flavor profiles aren’t exactly the same, but both have similar levels of sweetness.

If you’re looking for an intense flavor profile, you should go for golden raisins or sultanas. Both varieties work well in sweet and savory dishes, from fruitcakes to lamb dishes to a simple breakfast yogurt.

Black raisins, on the other hand, are larger in size and sweeter. Just keep in mind that black raisins aren’t for recipes that require the exact taste of dried currants. They’re more suited for sweet baked goods.

In addition to their similarities, raisins are readily available in most grocery stores, which means you don’t have to go out of your way to get them.

Cranberries are one of the few options on this list that can seamlessly replace currants, both in fresh and dried forms. They’re also one of the most similar in flavor and appearance, particularly the red variety.

These are fresh and tart, with a subtle sweetness that complements salads. This distinct tartness adds an invigorating flavor and aroma to sauces that pair well with meat and poultry dishes.

Because cranberries are more sour than sweet, you’ll need to add sugar to use them in desserts and sweet recipes. You can add these sour delights in a variety of recipes, including cakes, pies, oatmeal, muffins, and cookies.

Even better, cranberry jelly tastes, smells, and has the same consistency as currant jelly. Most people couldn’t tell the difference if they were blindfolded.

Cranberries are already a staple in many recipes, so substituting them for currants should be no problem. What’s more, cranberries are one of the healthiest substitutes available. They’re packed with antioxidants and vitamin C, but super low in carbohydrates, sugar, and calories.

Dried dates are often used as a natural sweetener due to their intense sugary taste. While they lack the sourness of currants, they have a velvety, almost caramel-like butterscotch flavor that complements sweet dishes best.

You can use dates in place of currants by chopping them in pie fillings, cakes, and pastries. You can also cook them down on the stove to make a sweet sauce or syrup for desserts.

Dried dates are high in fiber, proteins, potassium, calcium, iron, and vitamins A and C, making them an excellent substitute for currants. Dates are popular as a snack in the Middle East because they provide a quick source of energy.

That said, if you want that unique sweetness but with the tartness of currants, you can mix a teaspoon of sumac or tamarind with the dates into any recipe.

Both fresh and dried cherries are fantastic currant replacements. Cherries have a strong sweet-tart flavor in general, but some varieties are definitely more sour than others. All in all, these flavors pack a punch, so a little goes a long way.

While cherries typically have a bright red color, their flavor profile isn’t that far off from that of currants. They do have a softer texture, so they work beautifully in baked goods, such as cakes, muffins, and scones. You can also make cherry jams and even sauces to go with roasts.

A dash of vinegar in jams or savory dishes can help to balance out the sweetness of sweet cherries. On the other hand, you can add a pinch of warm spice, such as cloves and cinnamon, to enhance their flavor.

Prunes are dried deep red-brown plums that are widely used in European and Middle Eastern cuisine. They have a chewy texture and a savory-sweet flavor similar to caramel.

Due to their versatility, you can use prunes across a broad range of dishes, including soup, roasted meats, baked goods, jelly, ice cream, and many more.

That said, because prunes are much larger than currants, you’ll need to chop them into smaller pieces to give the dish the same look as currants.

Just like you would with dried dates, add a pinch of dried sumac or tamarind if you want to increase the tartness.

Gooseberries are reddish, greenish, or golden in color. They belong to the same genus as currants, so it stands to reason that they can be used as a substitute in a variety of dishes.

Typically, gooseberries have a savory, sharp tart flavor profile with a tropical fruit-like sweetness. However, some gooseberry varieties are sweeter, making them a good substitute in savory dishes.

These tart berries are a great in sauces and chutneys. They can also be used in savory pies, stuffing, and casseroles.

Substitute gooseberries in desserts for a subtle citrusy lemon-like flavor that adds a unique twist to the dish. You can also cook these berries down with sugar to make jams and pudding.

Last but not least, fresh blackberries are floral, sweet, and tangy, with some varieties being more tart than others. To emulate the flavor profile of currants, you want to use the more tart blackberries.

Blackberries are typically used in desserts and baked goods, but they can also be reduced into a thick sauce and drizzled over roasted meats.

Currants are an excellent addition to a wide variety of recipes. However, whether fresh or dried, they may be hard to find.

Fortunately, there are other alternatives that can match the taste, aroma, and texture that fresh and dried currants bring to a recipe.

Cranberries, cherries, and blackberries have varying levels of sweet-tart flavors that complement many of the savory and sweet dishes that currants do so well.

The dried fruit options in the list above, on the other hand, add similar flavors and then some, bringing their own distinct taste and aroma to the dishes. 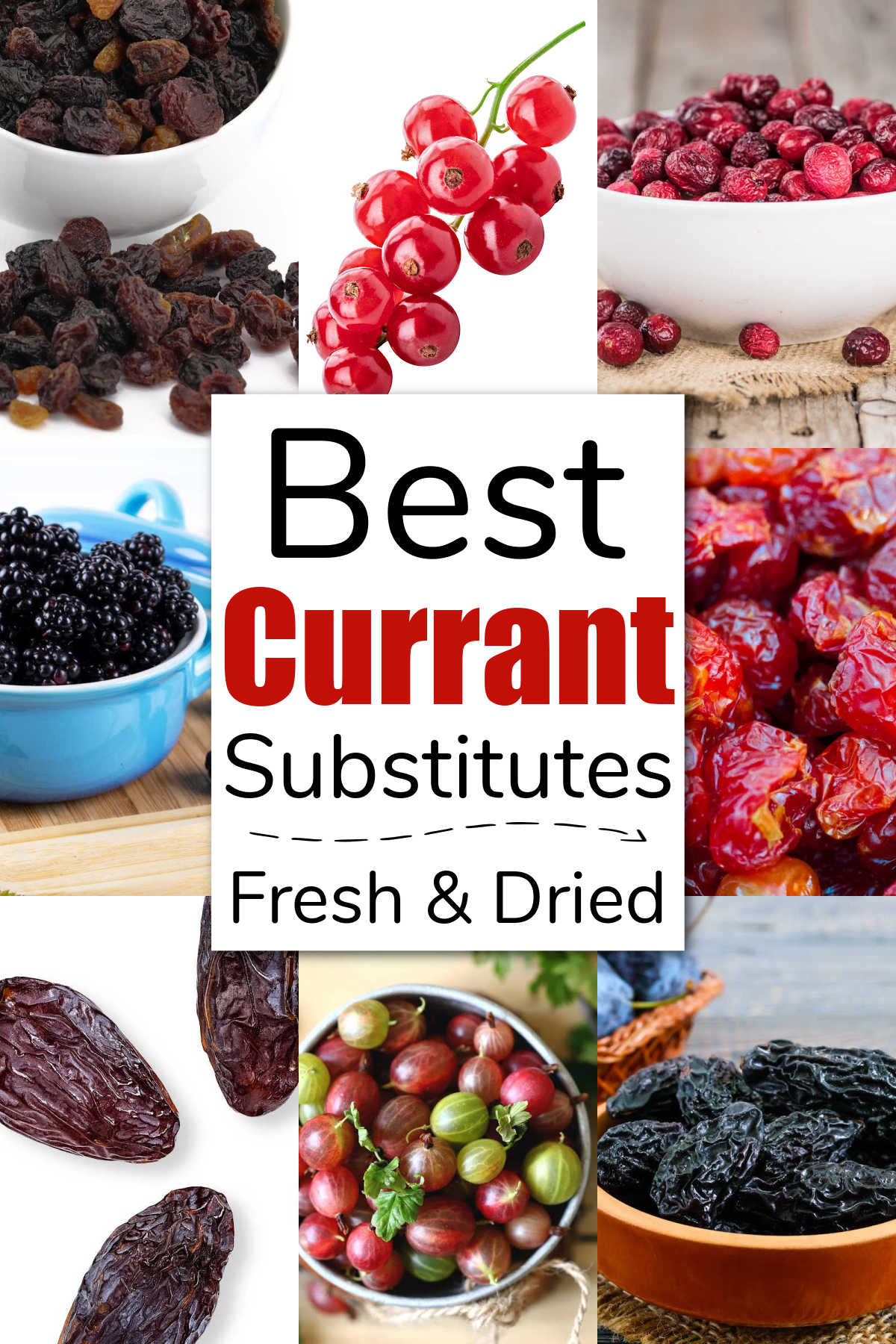 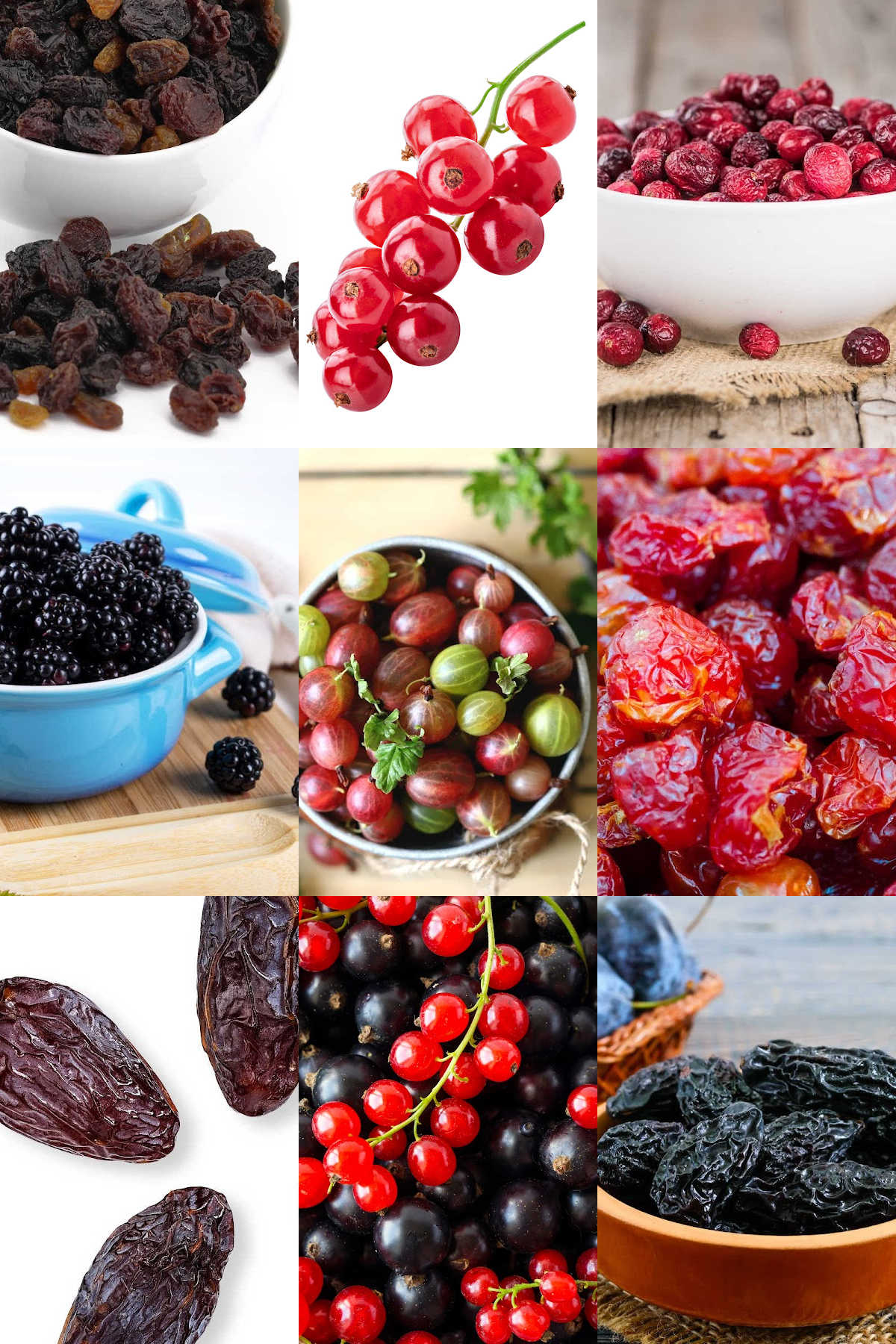 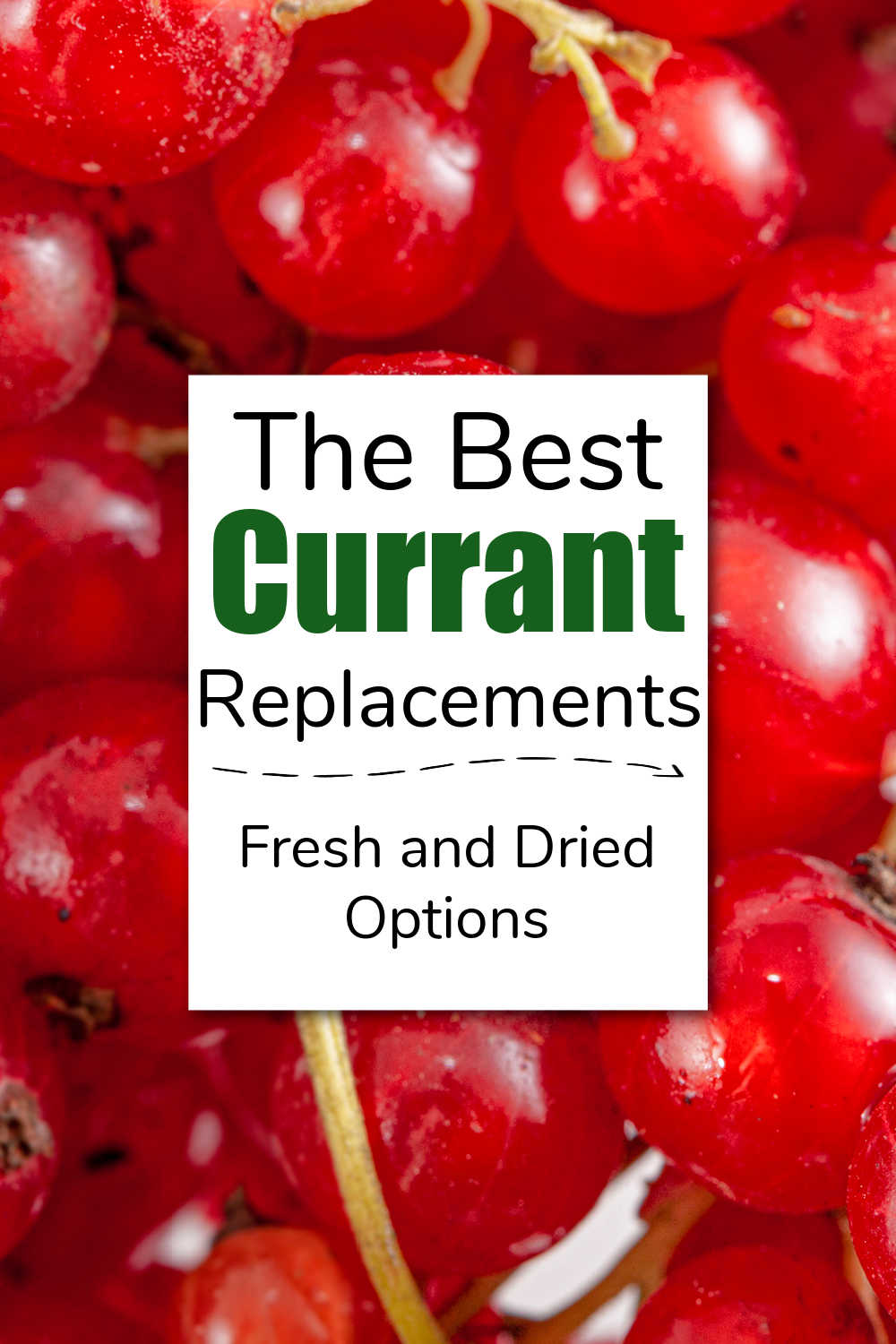