These Best Gruyère Cheese Substitutes mimic the yummy, creamy taste of this delicious cheese without sacrificing taste and quality.

As a cheese addict or just someone who appreciates a wholesome meal of yummy, melty cheese pasta, Gruyère, a type of Swiss cheese, is most likely one of your favorites for making your family’s favorite gratins. But this pale yellow, Swiss Alps cheese may not simply be available at your nearest grocery store, so what else can you swap it for? Especially when you are craving a big hot bowl of French onion soup or croque monsieur.

Well, thankfully, there are several substitutes that replicate its wonderful taste, creamy texture and will enrich your dinner. In this article, we’ll introduce you to these delicious alternatives!

Don’t worry about those little holes in the cheese. They are simply little gas bubbles caused by the release of bacteria during production.

One of our favorite alternatives is Graviera, which is a tasty Greek cheese that has a similar flavor. This also has a slightly hard texture, but it’s made with sheep’s milk instead of cow’s.

Because these two kinds of cheese are quite close in terms of taste and texture, you can use Graviera with a 1:1 ratio if you wish to replace Gruyère in a recipe.

Yet, what makes this extra special is that it has desirable, nutty notes with a subtle sweetness to it.

Your next option should automatically be the French Alps Beaufort cheese, which many people prefer as a substitute for its smooth texture. Plus, it’s part of the Gruyère family, so it has the most in common with our cheese.

It has a high melting point, making it an awesome choice for baking goods, pasta, and even broiling.

Here are other options where you can use this French cheese with confidence:

Again, just like Graviera, use the same amount of Beaufort as Gruyère cheese.

Here’s another close relative to Gruyère cheese that you may want to consider buying. Le Brouere is a variant of Gruyère, with a similar firm texture and an unforgettable savory taste.

This French cheese is a pretty popular choice for making quiches, and it’s also a wonderful option in the following cases:

Jarlsberg cheese is a bit softer than Gruyère, but it’s known for its nutty and slightly sweet taste. Of course, this lands this semi-soft cheese as a great alternative.

This cheese originates from Norway, and it comes with curious-looking holes that make you wonder if it made an appearance in a Tom and Jerry episode!

Even though Jarlsberg cheese is ready to be the star in many recipes, its best performance is usually in casseroles and baked dishes.

Wondering where else you might take advantage of Jarlsberg’s irresistible taste? Here’s what you can do with it:

Just keep in mind that Jarlsberg has a slightly sharper taste than Gruyere, so add it to your recipe in small portions until you’re satisfied.

This is a great replacement for those who aren’t fans of aged cheese. It’s also a very mild alternative, which is good news for people who want a softer cheesy impact in their dishes.

The Dutch cheese has another name, which is Maasdam, and it’s ready to be used in a wide range of applications:

If you want to use Edam cheese to replace Gruyère in a recipe, you’ll have to add a bit more due to the mild flavor. A ratio of 1.3 to 1 works well.

Raclette cheese is sure to tickle your taste buds into next year!

Just like Gruyère, this cheese comes from Valais, Switzerland, has a semi-hard texture and is made from cow’s milk. However, raclette is a bit stronger taste and aroma.

When describing the taste, people say that raclette is salty, so you may want to be extra careful if you’re using it as a substitute. A rule of the thumb is to use 0.5:1 ratio. It melts extremely well, so definitely consider this as a replacement in baked dishes.

Raclette cheese is best used when you:

A Mix of Fontina Cheese and Parmesan Cheese

A combination of Fontina and Parmesan can be just what you need to replicate the unique taste and consistency. The Fontina brings richness, warmth, and creaminess to your dish, while the Parmesan adds edginess and texture.

Use equal parts of both types of cheese to create the perfect blend that will replace Gruyere. As for serving suggestions, you can always:

Emmental cheese, which has Swiss origins, is known for the holes. While Emmental tastes quite similar to Gruyere thanks to its nutty flavor, you’ll want to know how aged it is as it gets a stronger flavor as it ages.

If you buy Emmental that’s 18 months of age, it might be too sharp for your liking. In this case, you’ll need to apply it to your dish with care so that you don’t end up with an overpowering taste. An older cheese is best use in a ratio of 0.5:1 to 0.7:1. It’s best to add it slowly until you get the taste you were targeting.

On the other hand, a young or mild Emmental can be applied in a 1:1 ratio.

Here are several scenarios where Emmental should give you awesome results:

Comté is a French cheese that’s a bit on the harder side and is made with cow’s milk. What makes it an awesome substitute is that it has almost the same consistency and taste. But the even better news is that this is much easier to find in most grocery stores.

Comté cheese is one of the best options if you want a reliable melting cheese, and it’s perfect for baked dishes or fondues. In addition, Comte cheese is a good candidate in the following recipes:

Our final suggestion for a substitute is Kars Gravyer, which is a Turkish cheese with a hard texture. The reason why Kars Gravyer is on our list is that it tastes so much like Gruyere, so you can use equal portions of it in recipes.

It is often made with cow’s milk, but you may find it as a blend of cow and goat milk.

Slightly nutty and smooth when melted, Kars Gravyer is great for use in these situations:

To Wrap It Up

At a first glance, it might sound hard to come up with a cheese swap to replace this rich cheese in various recipes. But, we provided ten types of cheese can work extremely well.

The most important thing to keep in mind here is that not all Gruyere cheese alternatives have the same strength when it comes to flavor or aroma.

Now that we’re done, we wish you a delicious, cheesy meal! 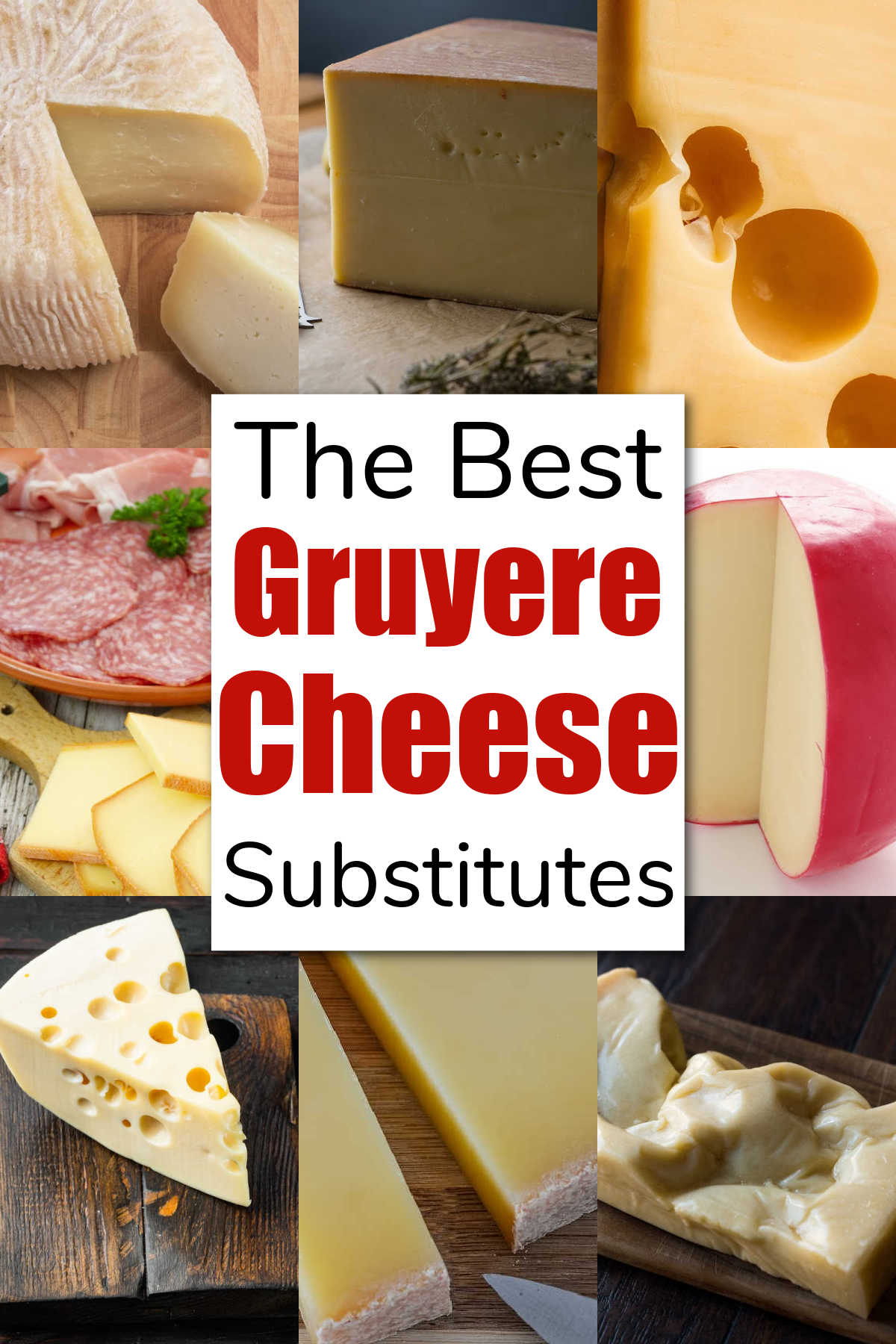 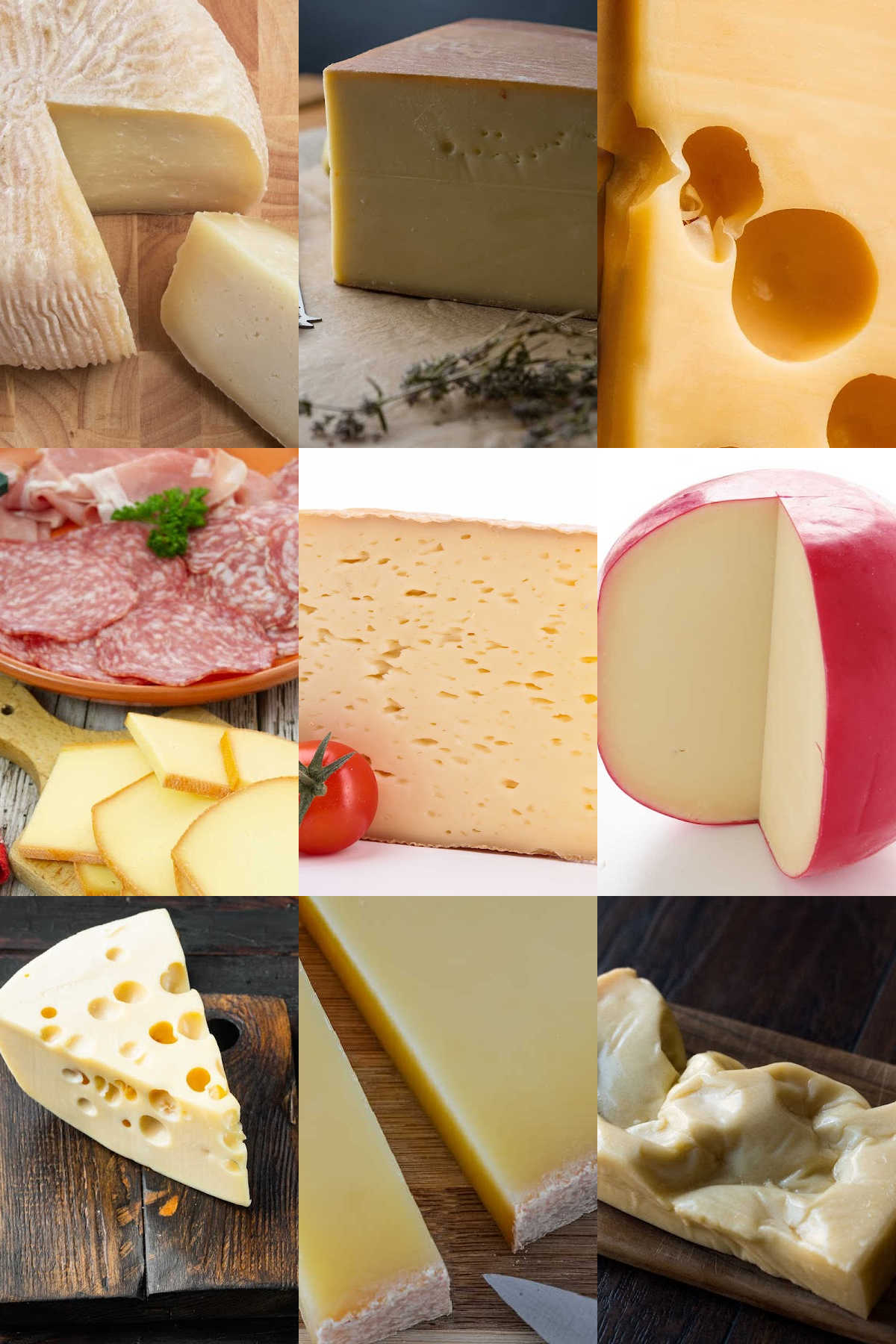 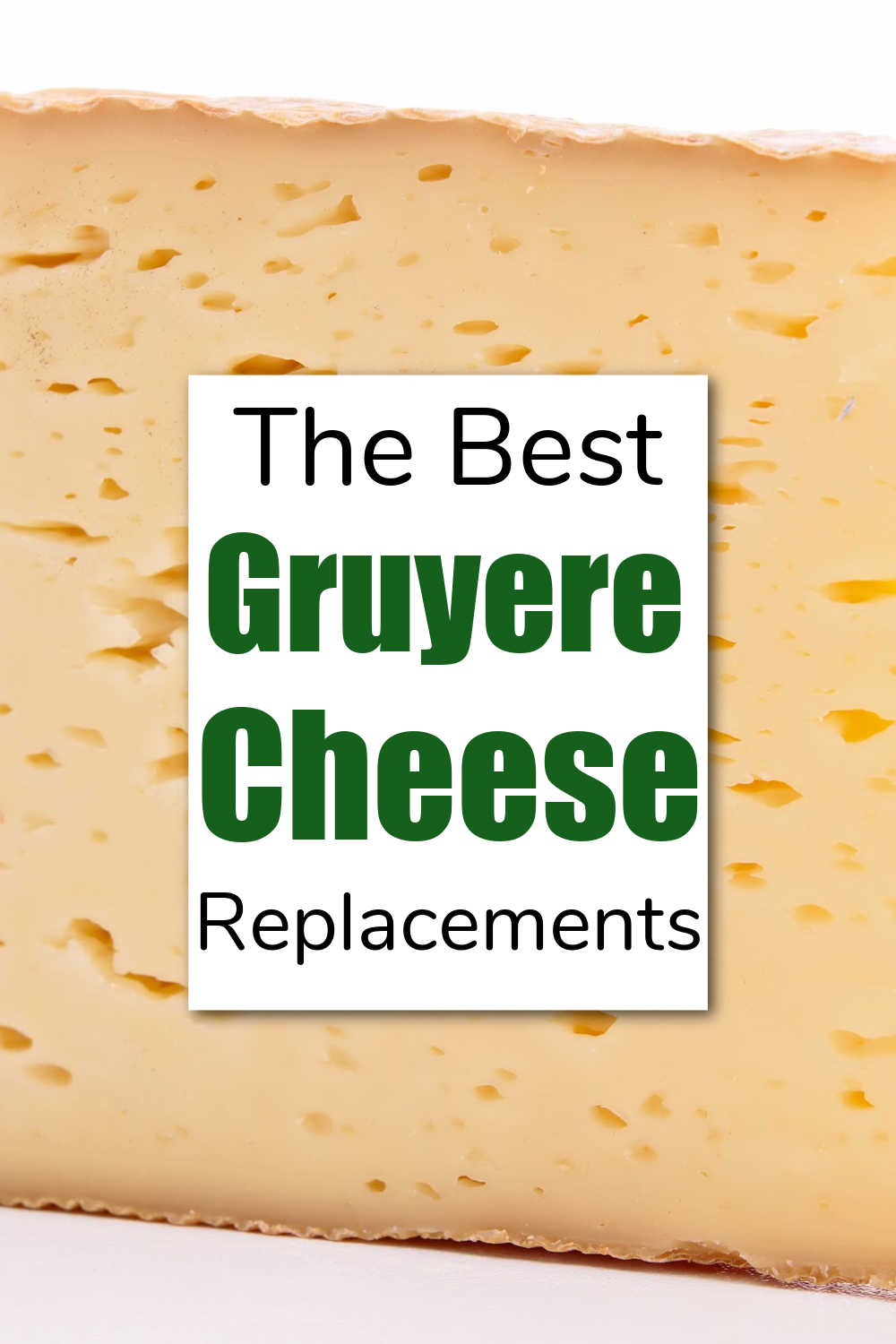